Victorian and Edwardian Women and Bicycles

I really like those movies made in 1960s based on H. G. Wells and Jules Verne stories. The series of "Great Race" type films that included Those Magnificent men In Their Flying Machines had elements of old fashioned manners meets new inventions. Fun stuff but written by modern writers spoofing old ways. The bike gag that happens in Those Magnificent men In Their Flying Machines to Sarah Mile's character was a device to have her character meet the American. Her skirt is caught in her bicycle chain and the American "helps" her. 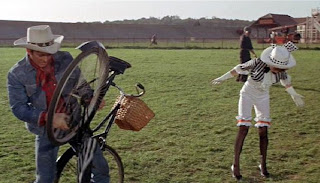 Strange that Sarah's character was already established as riding a motorcycle and liking machines.
Maybe the gag was borrowed from a similar gag with the unpleasant Judy Garland character in "The Good Old Summertime".... 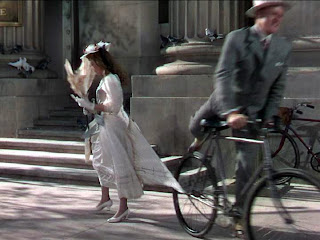 Woman (in general) had been riding bicycles from the late 1880s, long enough for the sport be to popular and "normal" by the times these movies were set with a base of knowledge that women riders could look back on. There were also pants for women riders and bicycles built for skirt wearers. The truth was and is that women look really great doing something this fun and healthy and made good subjects for art.
Going back until at least the late 90s, photographers and illustrators had fun with women bike riders starting with the wind element. 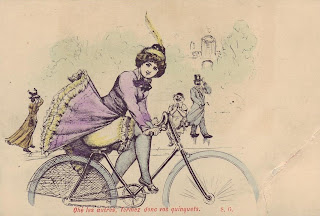 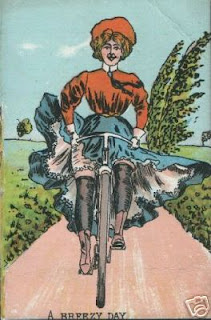 The non-lethal fall. Movie makers didn't do this gag as it involved  hiring stunt people I guess. 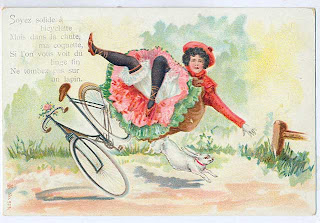 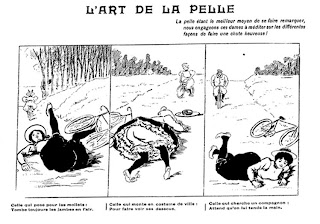 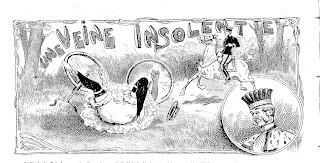 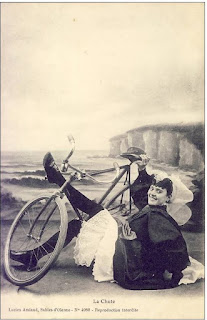 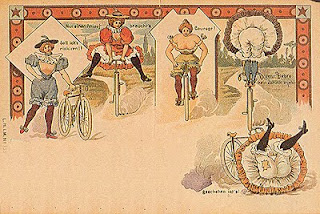 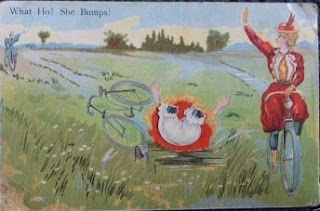 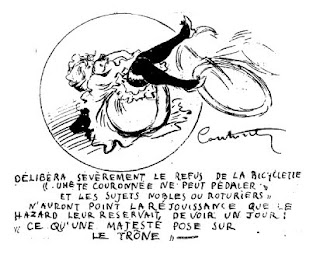 The "in underwear for no apparent reason" other that it's sexy. There are nude variations. 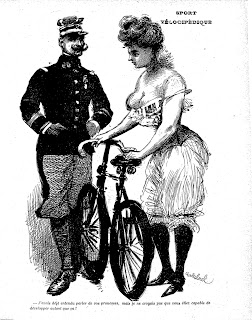 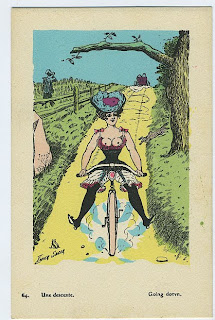 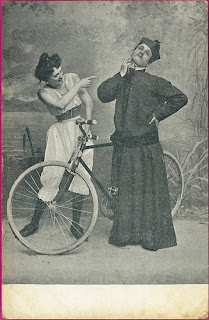 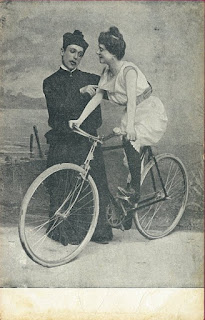 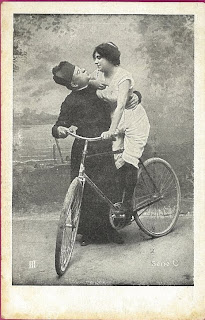 In the department of Victorian war game figures there is this 25mm figure.... 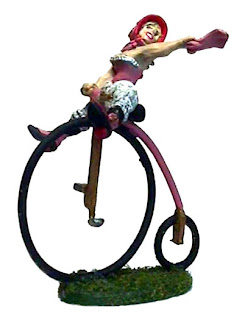 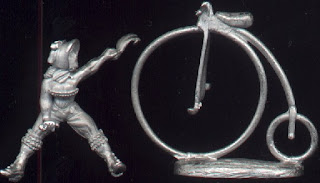 It was hard to translate the caption on this one below but it's something like the woman telling the policeman that she's not breaking the morals, she's trying to cover where she wasn't given a "fig leaf". She's repairing her torn bicycle pants. 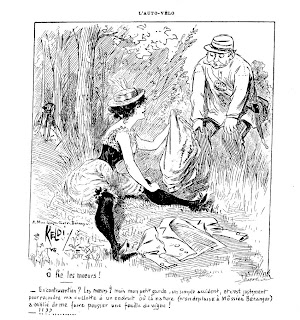 Last there's this strange card of an Indian on a bike carrying off a woman in her chemise. You tell me. 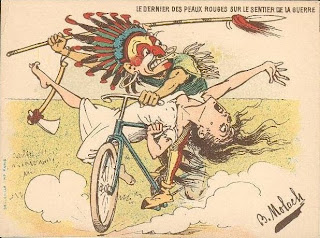