Here's one odd figure from Toy Soldiers of San Diego's Artillery Crew set. He reminds me of the Andrew Wyeth painting. 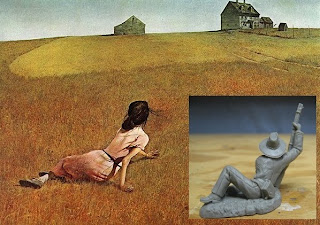 It's a beautiful figure with great details BUT what the heck is he?  Artillery/Cavalry with an infantry rifle? He's got an 1870s hat and the jacket has all the detail of a Union shell jacket so... as is ....he's not Confederate. He's also got a cartridge box and cap pouch on his belt which is OK for Infantry but no bayonet. As Artillery/Cavalry ,why would he need these without a pistol or even a sabre? Then if he's Cavalry, why no carbine sling? He's also wearing nicely detailed shoes rather than Cavalry boots putting him in the Artillery or Infantry. 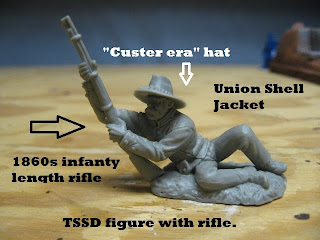 He even resembles the "reenactorism" called "Gondolier-ing." This is when reeanctors fake a wound and leave the field using their rifles as crutches but looking more like the Gondoliers of Venice. You don't want to leave an expensive rifle on the ground. 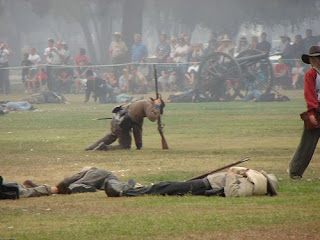 I have a few ideas for this figure. The two missing which I haven't done is a Flag Bearer or Guidon Bearer and a man digging in under fire. 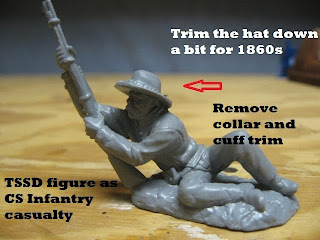 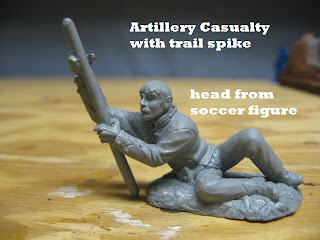 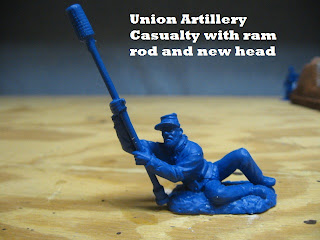 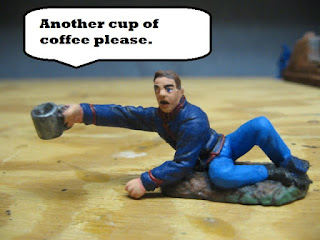 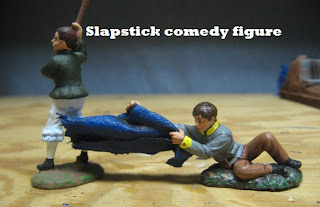 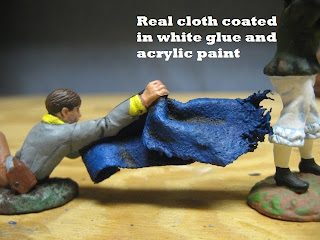 I do have two more of the figures. We'll see what's next for this figure.
Posted by Scott B. Lesch at 8:31 AM