Those Magnificent Men In Their Flying Machines.

Still a funny movie. Little kids like it without having to know it takes place 100 years ago. One thing that gets me is knowing that it's 1910 and in four years these characters are doomed!

I was surprised that the even back in the early 1900s, slap stick comedy involving women and aircraft was around even if the reality was a horrible falling flaming death! (See Susan Sarandon's character in The Great Waldo Pepper)

Comic pictures showed no worse than women exposing their legs. 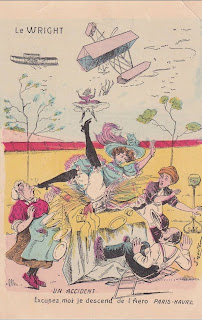 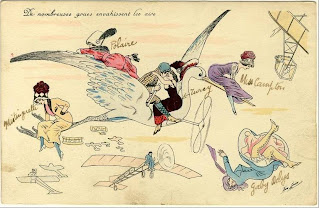 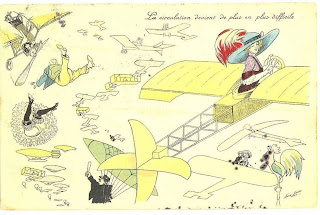 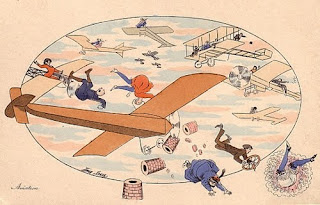 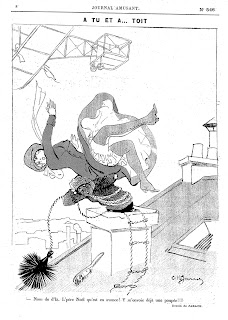 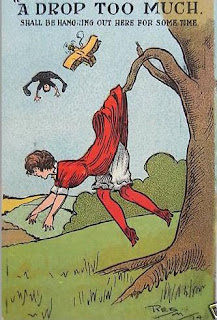 Artists did look positively into the future. Here in 1863, the flying female over Paris. 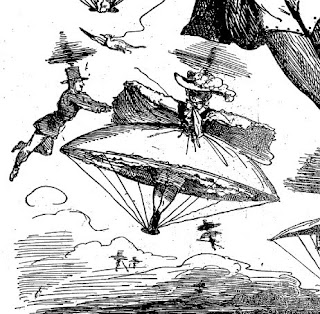 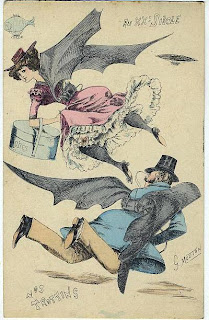 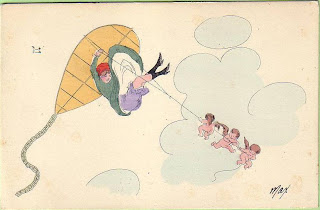 In the movie, all of Sarah Mile's accidents are on the ground. 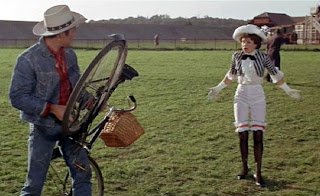 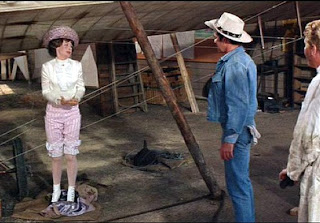