I had an earlier entry, "Joy of the Regiment" about Spanish Cantinieres in Spain's African Colony.
http://ilikethethingsilike.blogspot.com/2010/02/joy-of-regiment.html

Here are some earlier Spanish Cantinieres...."CANTINERA"

These images are from the  19th Century.The image below is from 1860 of a Cantinera in Africa 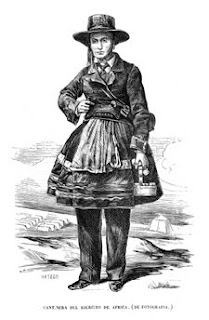 I only found the image but nothing on the unit but this Cantinera was stationed in Cuba. 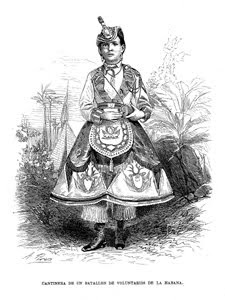 The images below are from the Third Carlist War 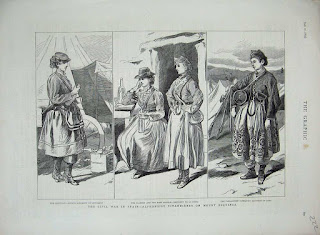 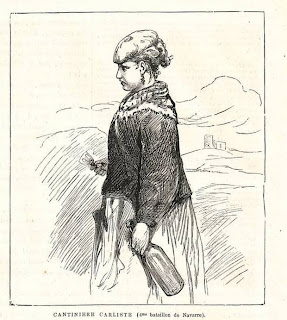 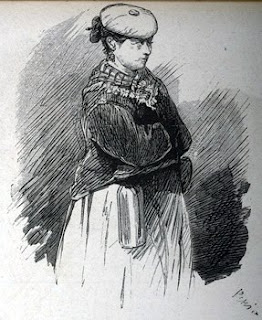 Spanish Folk groups today have whole companies of Cantineras uniformed in this tradition. 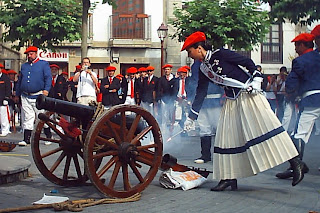 I have to find out more about this tradition.