I ran across this set by Arthur Thiele on a German postcard auction site. It shows a middle aged  German sergeant (from what I could find of World War One German Army rank devices) home on leave. The set was postmarked 1915 and shows everything being normal and fun for the troops and on the home front. All propaganda of course, but it's a fun series of cards that one could collect to get the sergeant's whole home leave story. 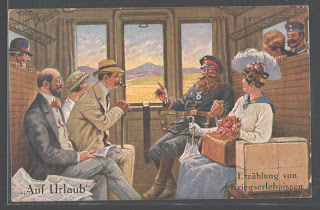 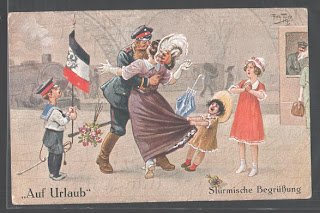 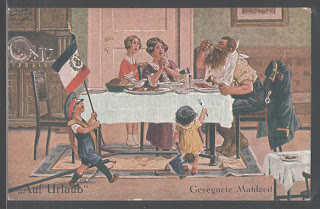 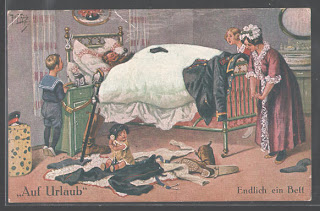 Suddenly a NEW character, the infant, is introduced without any explaination. 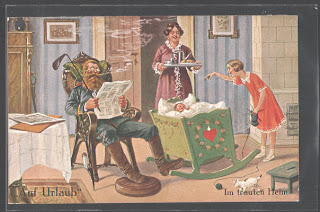 The men below will be called up later.... 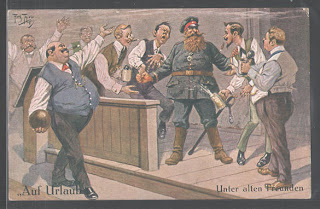 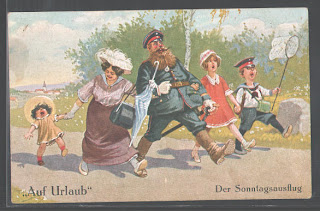 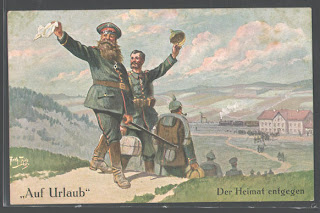 I hope this man came home OK in 1918.  If you like Arthur Thiele's artwork, he did numerous WWI era military cards, usually humorous. (....and wayyyyyy too many cats wearing clothes postcards.) The details of uniforms in Thiele's cards would be great for military buffs of the that era.
Posted by Scott B. Lesch at 7:13 AM