This 1905 set is unusual in that the model is getting dressed rather than undressed, and that it is noted in one caption that she is going without a corset. WARNING...slight "side-al" nudity in the first card. 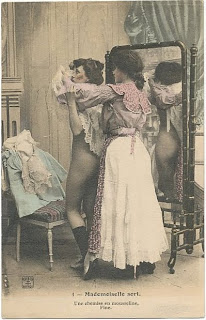 You can also see in the first and second cards that the chemise was the first garment going on with the drawers going on over them. 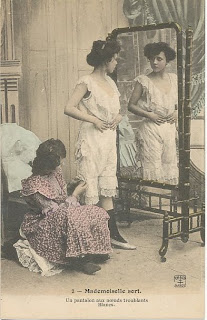 I don't understand the maid helping with her shoes when the model already has them on in #3 and no petticoat is shown being put on before # 4.     Tight shooting schedule that day at the studio? 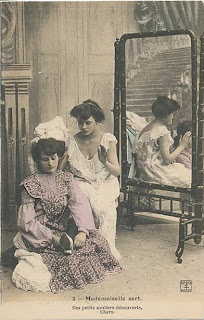 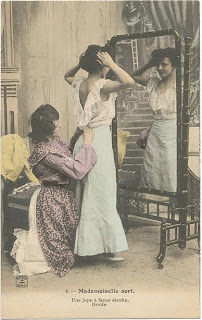 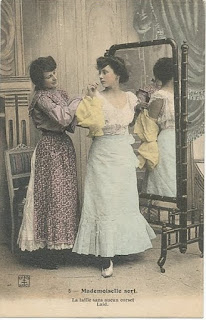 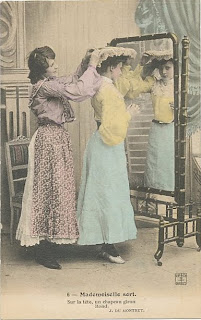