Mr. Weston makes a series of figures that "look like" but are not named as (for copyright reasons maybe) characters from The Magnificent Seven movie.

I like the Mexican Villagers set. They have some uses in other period fighting the "Federales" or the United States, or France. The one female figure in the set is supposed to be an old lady fighting with a broom. She has lots of potential for conversions to other poses or even time periods. 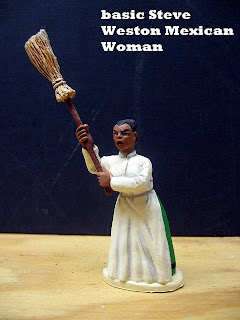 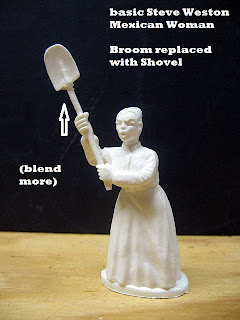 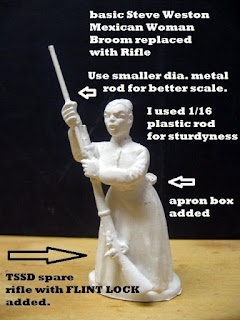 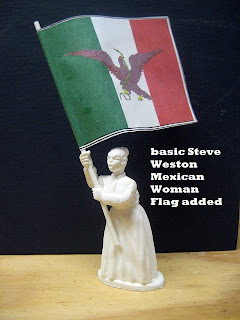 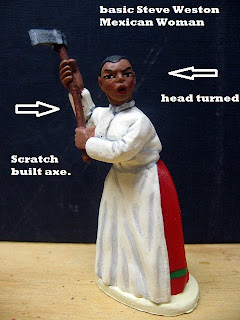 From here you can get creative. I added legs and heads from TSSD's Russian female sniper. (She has lots of conversion potential as well.) 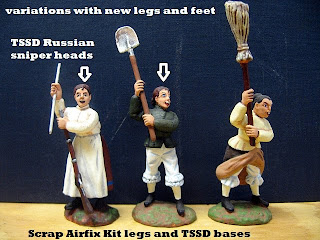 Some of my miniature set ups have almost as many women as a European Battle Reenactment. 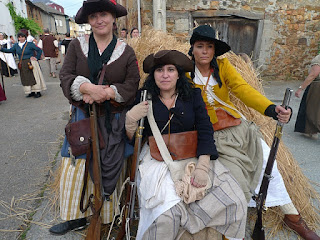