I was surprised by the early airplane humor. A related subject was balloon humor involving women. The gag being that the passengers have to lighten the load by throwing their clothing out. Be sure to click on the images for LARGER copies. 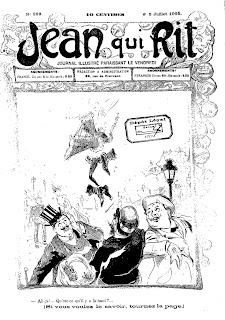 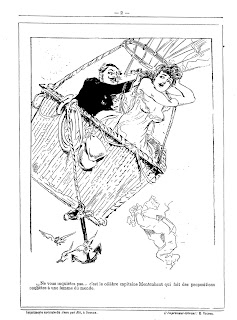 A balloon also seemed good place for a party in this joke postcard. The woman in the blue corset also displays the visible chemise tail sticking out from the back of her drawers. 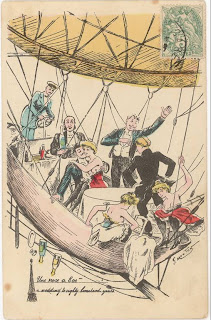 The ship's anchors used on balloons were a source of jokes. The first one is titled "Another Victim of Progress." 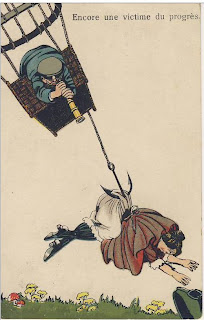 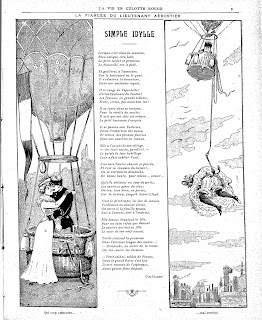 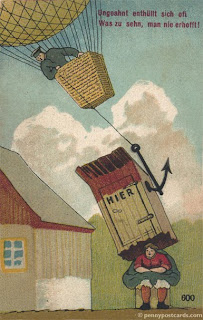 A skirt solved the problem of a deflating balloon by acting as a parachute. 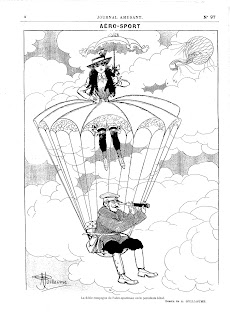 .
Even a balloon crash was more of a subject for humor. 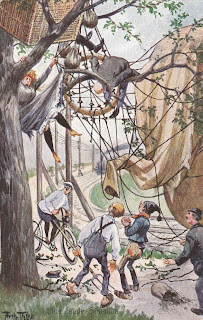