These are some of the figures I picked up at a recent toy soldier show.

Below are two W. Britains Civil War color bearers. I repainted them in a toy style. You may notice that they look more like the 1880s. I'm sure that W. Britain cast figures from a basic figure and added different heads. 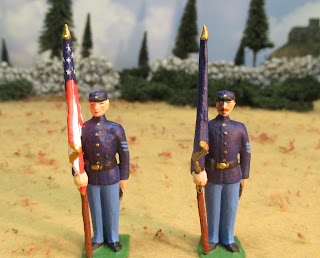 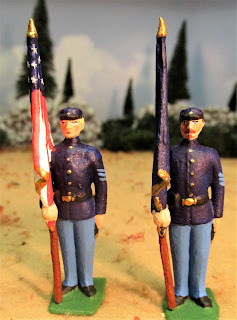 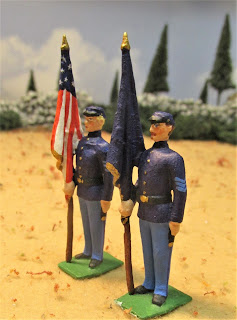 These are Strombecker Germans painted as Franco Prussian War soldiers. The original Strombecker kit was WW One. Several figures were missing their rifles which I replaced with spare parts and green putty. 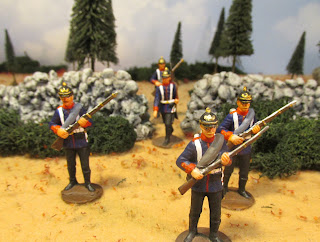 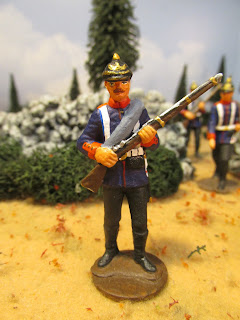 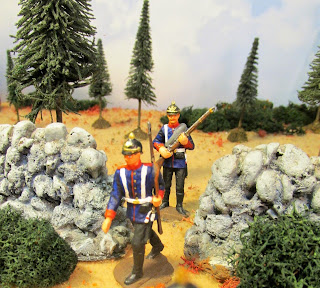 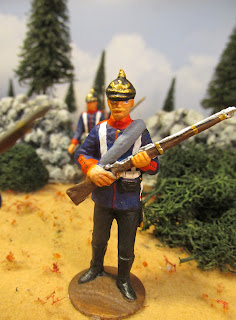 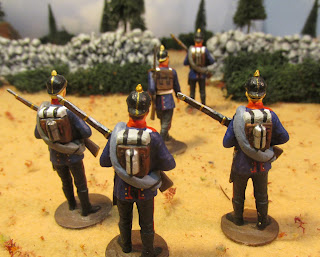 This odd little Church building is from a MARX village set that was never released  made up of semi flat buildings. I got this for 50 cents at the same show. It works for forced perspective photos. 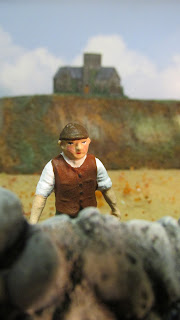 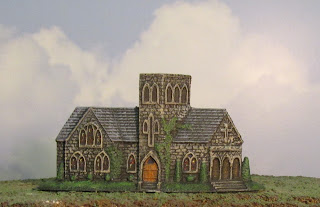 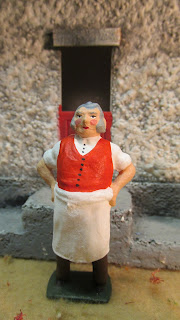 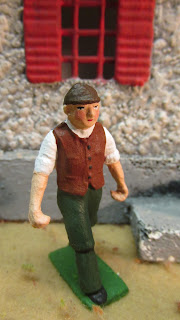 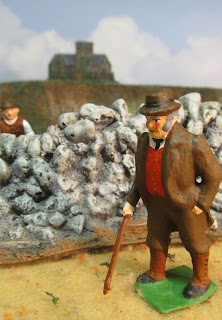 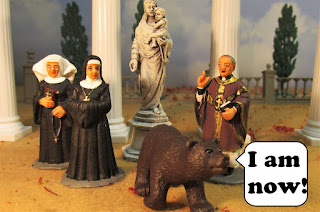 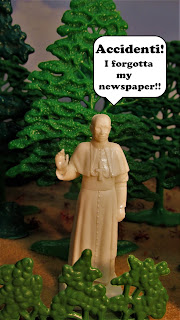 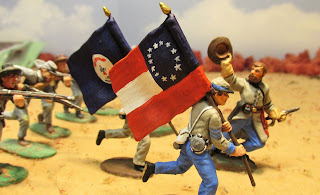 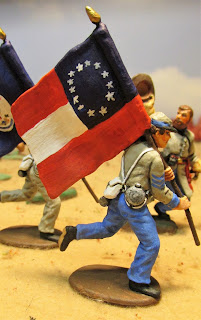 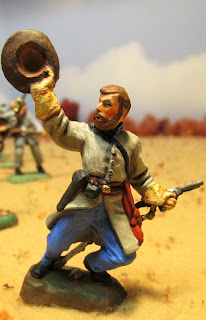 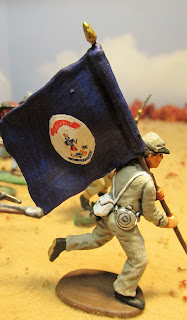 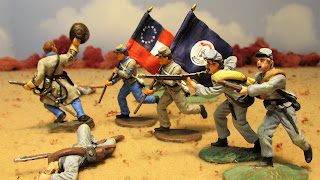 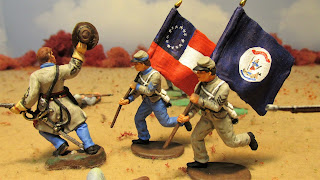