Armies in Plastic figures with a few All The Kings Men straw hat heads.  This is the early blue jacket uniform before they tried to bleach them and got the brown color seen in some modern illustrations.  I had to keep the cast in  Jambiers as trying to cut away the plastic on the legs would have weakened the figures. Maybe the "Tigers" had them at one time early in 1861. Another Louisiana Zouave unit had them. Too bad as I wanted to paint the stripped socks they were reported to have had. 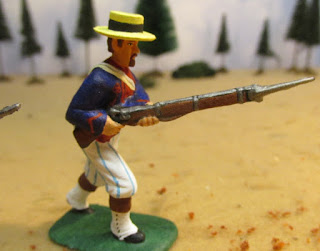 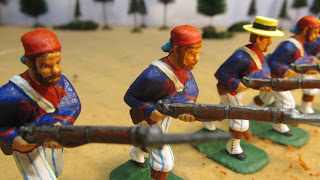 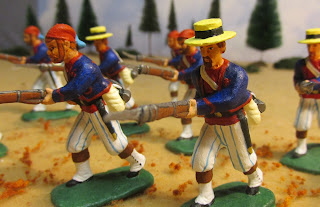 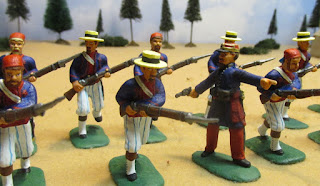 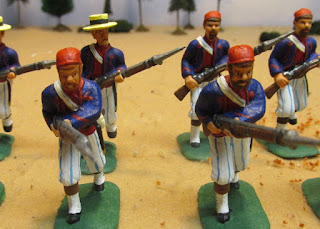 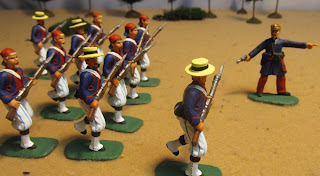 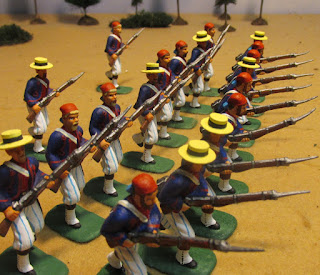 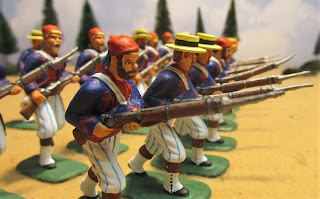 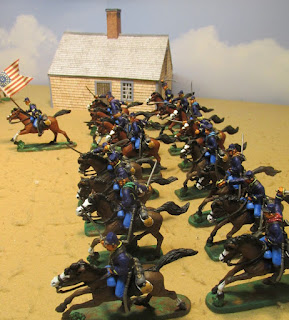 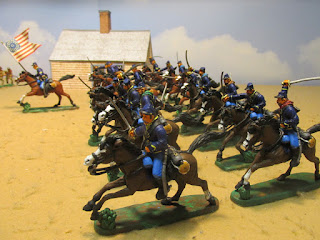 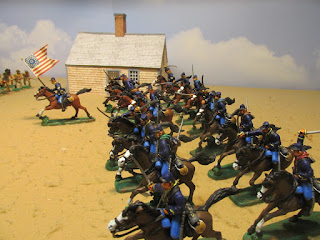 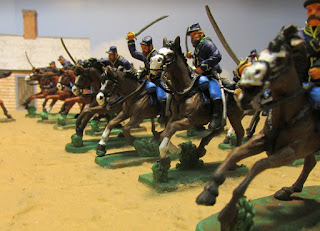 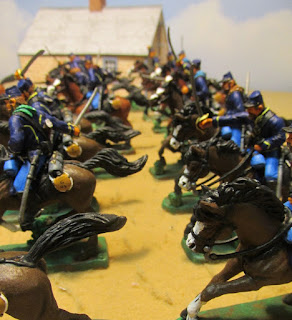