Cantinieres of the Sapeurs Pompiers

http://en.wikipedia.org/wiki/Sapeur-pompier
Cantinieres attached to French fire fighting companies appear in photos and artwork. The early companies were organized more on military lines with members carrying weapons on parade. I don't know if  these cantinieres were just for parades or served during fires. One below was noted as being on duty during the Franco-Prussian War. 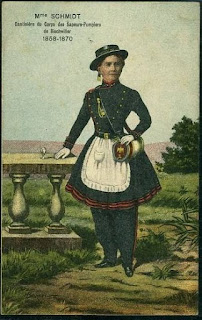 This lady,Marie BEHEN, served during the Siege of Paris. 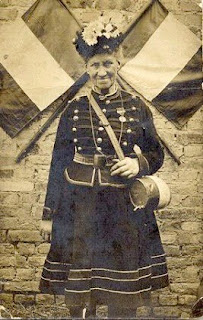 Here she is again in an earlier photo. 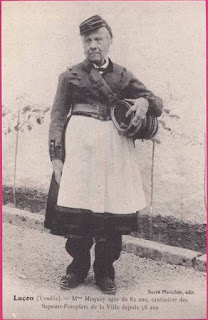 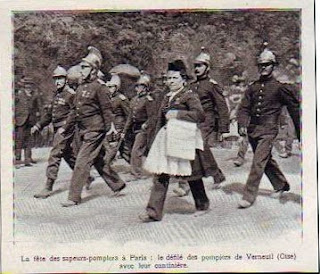 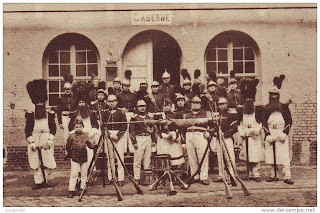 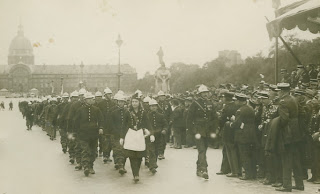 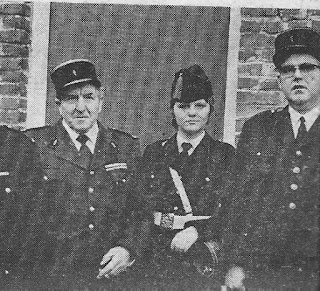 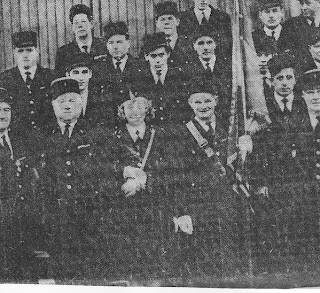 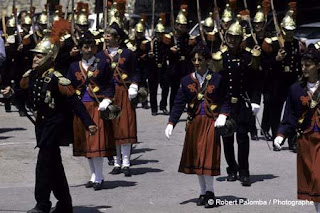 A surviving Cantiniere uniform and canteen... 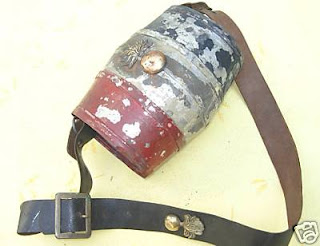