Toy Soldiers of San Diego has this figure in the Artillery and Wounded set. He's pretty good as is for a wounded Union Artilleryman but when you buy multiple bags for the great artillery crew figures, you get multiples of this figure. This figure's issue canteen strap has a buckle so I made it leather as opposed to the cloth issue straps that were also used. (My reenactor canteen has the same rig.) 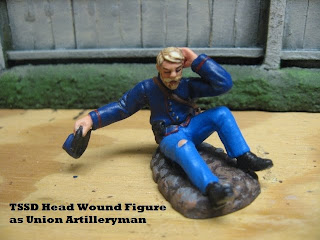 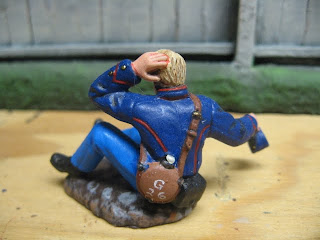 Putting a new hand and hat can make him Confederate. 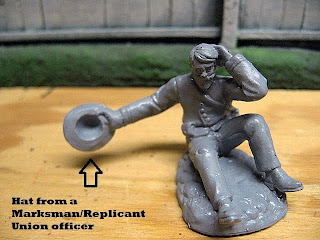 Putting something in his hand helps him interact with other figures. In this case a ripped dress. 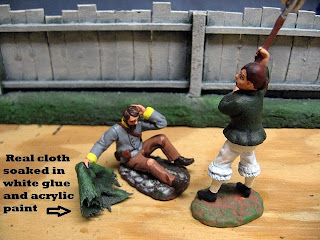 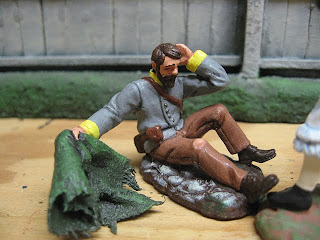 Getting really ambitious you can remove both arms and change the head. 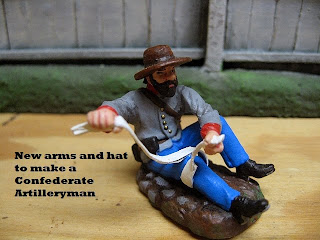 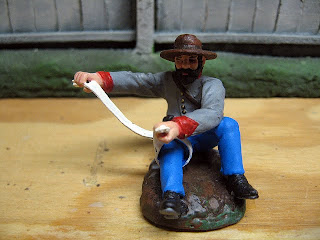 Then you can use the top half of the body. 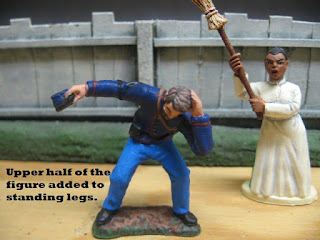 Just the arm with the cap is good on other figures. 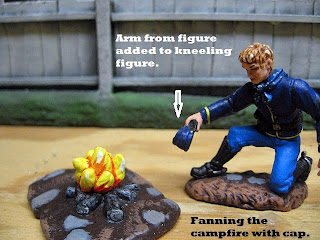