He's a little short and fat but he's a useful figure..... 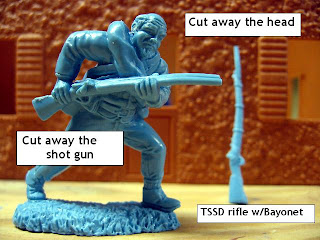 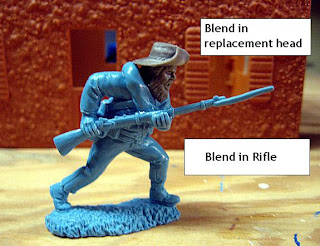 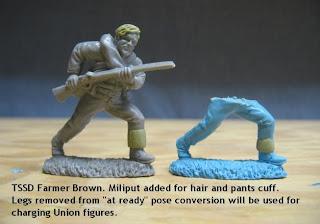 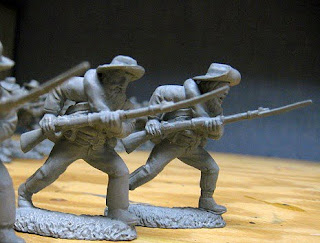 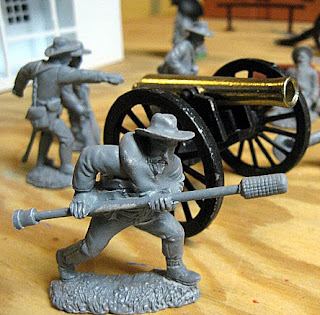 Make as many as you want. 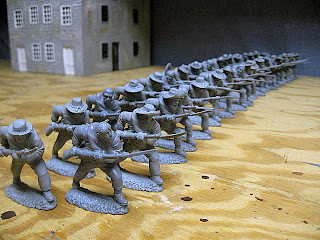 I used bare heads from a soccer team set that I got from an iParty store... 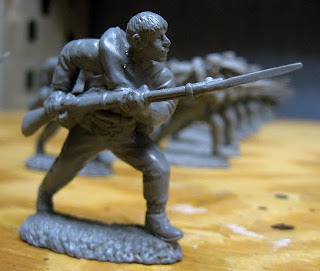 Nice detail in the back. Farmer Brown has pretty good infantry gear for a man with a shot gun. I added the bayonet scabbards. 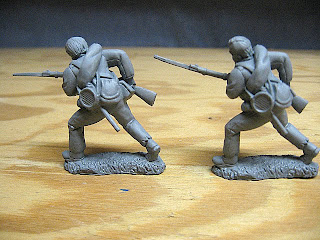 If you can get the HISTOREX spare parts civilian hat, Farmer Brown makes a good Alamo defender.
I also grafted on a flintlock to his shotgun. 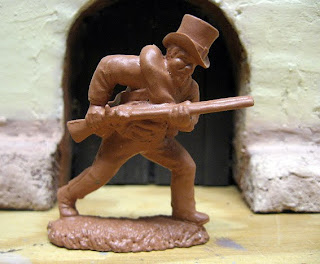