I really like Lancer figures. Plastic lancers were tough to find other than Timpo's Napoleonic Lancers which were hard to find and buy in large numbers plus I don't like Timpo horses. My first Lancer set is from Armies In Plastic , WW I German Uhlans. AIP makes them in dark blue plastic which sort of looks like Franco-Prussian War to me. 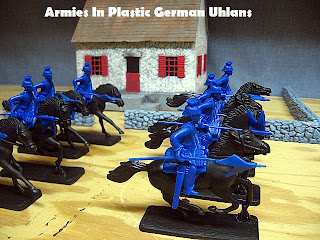 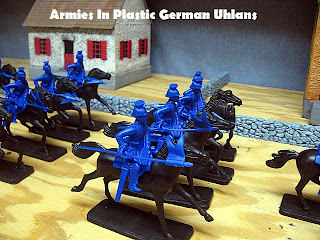 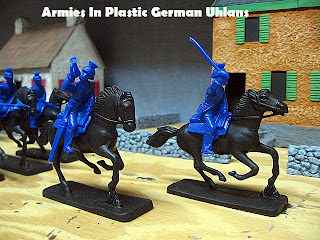 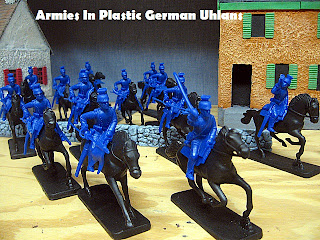 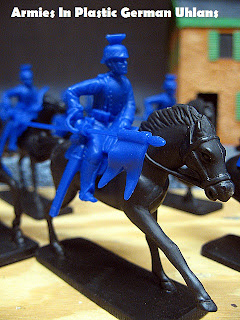 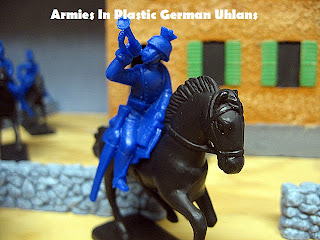 Compared with a picture of an 1870 Prussian Uhlan, there are differences. Hacking away at the AIP figure seems like too much work so I'll just have to say that the AIP Uhlans are "starring as" 1870s Uhlans on my table. 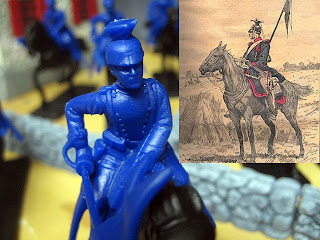