This is a neat little model. I'm not a British colonial wars buff except for the Boxer Rebellion, but I think the gun and the figures have lots of uses. I wish AIP had included instructions as to what parts go together to make what gun as AIP has included 4 different barrels, gunner's seats, and ammo boxes to make a variety of weapons. 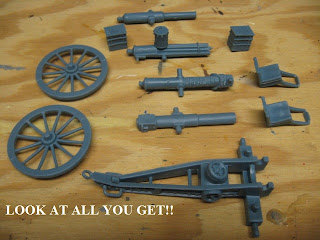 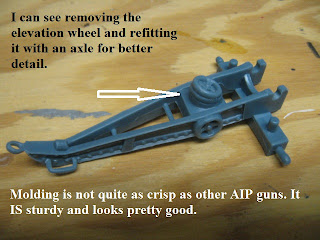 The set has all the pieces to make the Gatling Gun.... 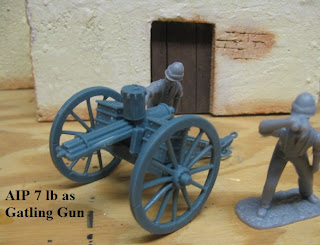 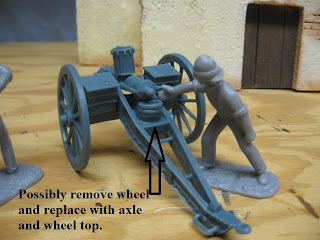 The Chinese Dragon barrel is sort of a mystery except that it may be from the Boxer Rebellion and is the very gun show here from the Woolwich Arsenal. 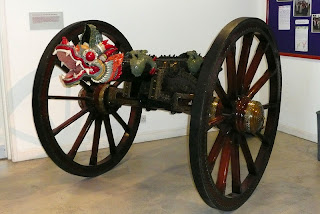 I tried it out on an AIP 18th Century gun. 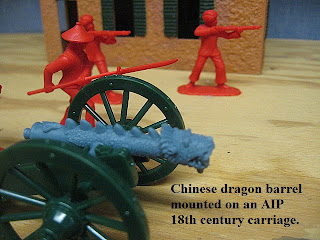