I just got a box and there are some bad elements but generally good figures. 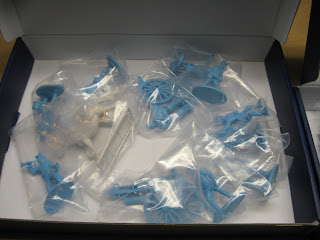 The advancing bugler can get a transfer to the dismounted cavalry set, 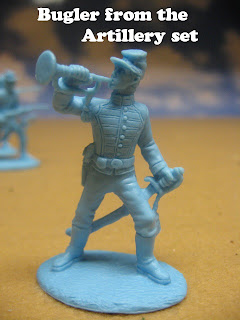 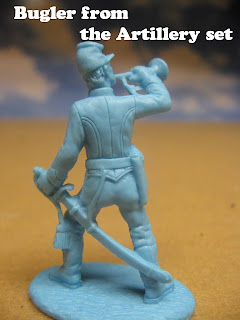 Nice mounted officer. No reason for him to be galloping around the battery. This figure will be transferred to the cavalry or leading the infantry. 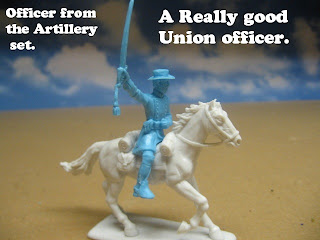 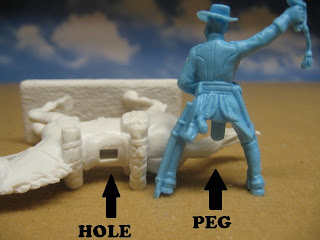 Toy makers often get the crew poses wrong. With this set the two incomplete crews can make one acceptable crew. Cannon crews had numbers in the drill. 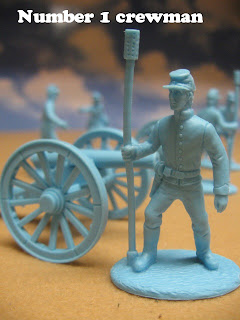 The # 5's ammunition haversack is too small for the round. That can be fixed with 2 part putty. 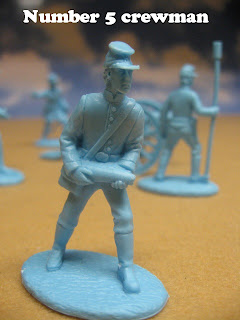 Remove the useless bucket from the figure below. That bucket should be under the gun in a fight. Make this handy figure into another crewman. 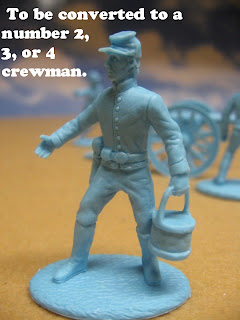 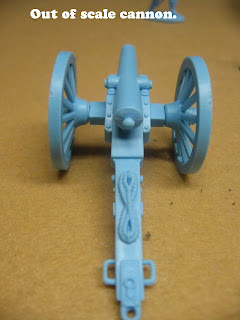 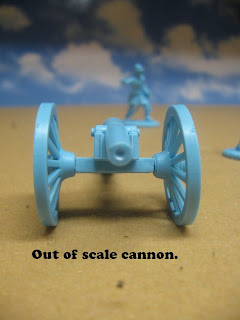 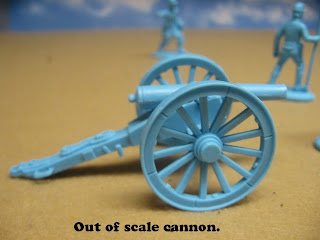 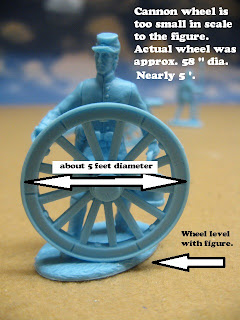 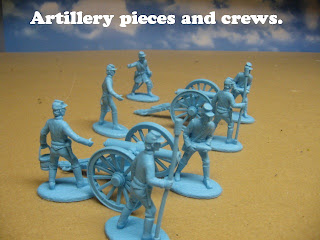 The sergeant below is in a frock coat which doesn't make sense for field artillery but it's not an awful figure. He might get a transfer to the infantry as a color bearer. 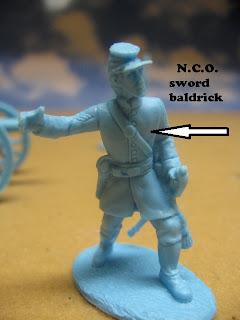 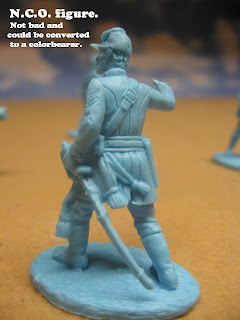 I'll get around to painting this set to add to Expeditionary Force's Infantry. More to come on the their dismounted cavalry set.