A nearly 20 year search is paying off on this pet "like" of mine. Several years worth French humor magazines from the 1800s have appeared on-line at Google books and two German collections.

These sources also yield some illustrations of French uniforms for the mid 1800s along with what passed for humor at that time. What I found were illustration of women's underwear from the 1860s providing further documentation of how the drawers and chemise were worn. 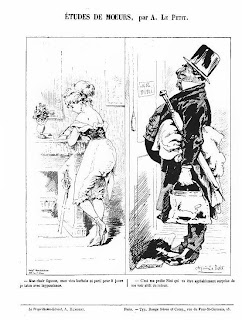 From the image below, it wasn't always a pretty sight. 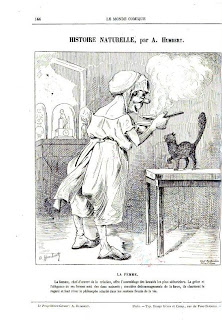 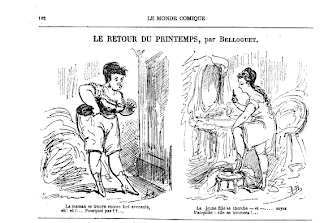 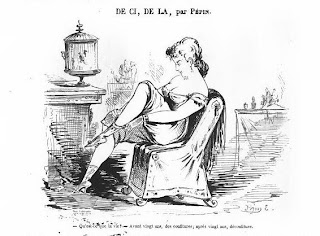 The best image is below. It's a progression from the 1850s to 1869 where the cartoonist details even the positioning of garters. The first image in the set show the chemise bunched up under the drawers. I think the last image was meant to be a dancer or actress.

Women reenactors often get this detail confused by wearing the chemise over the drawers rather than under the drawers next to the skin. Usually none knows until a clothing program with stages of dress. That detail was confusion in the recent film Anna Karenina. 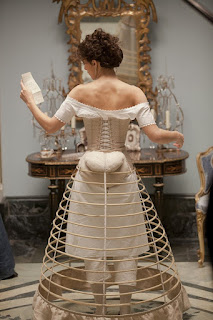 The costumers my have been looking at this period image and mistook the short petticoat for the bottom of the chemise. 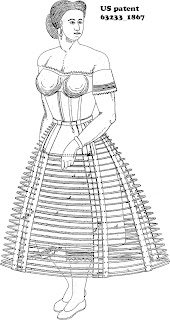 But in the same  era, these images appear. 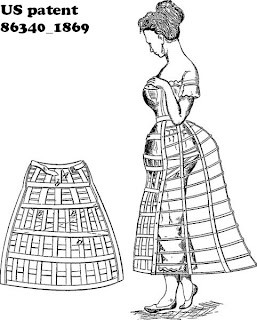 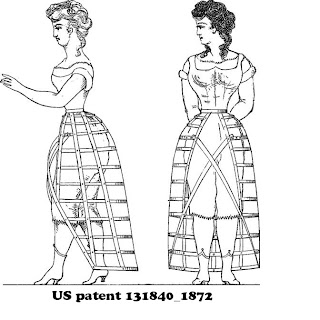 I hope costume buffs and reenactors pass this info along. It's a subject I like.