So I was watching Charlie Chaplin's 1914  comedy "Laughing Gas" and one of the gags was Charlie accidentally tearing the skirt off of actress Alice Howell. See the film here... 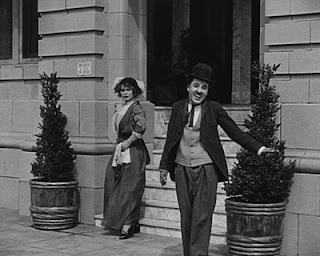 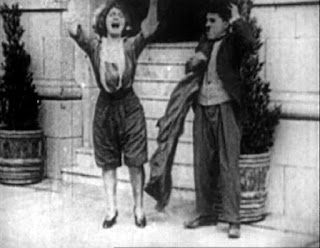 I thought that the bloomers on the actress were gym bloomers as the fashionable underwear in 1914 was sexier and more revealing. Maybe the film costumer went with funny over sexy to avoid censure. A later scene has  Helen Carruthers falling over showing her legs and the same style of bloomers.
A little "research" in my files turned up 1914 newspaper ad for lingerie patterns. 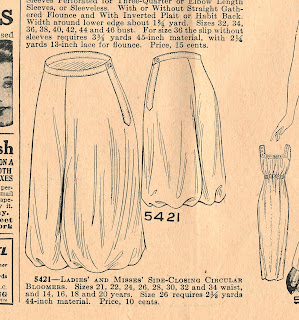 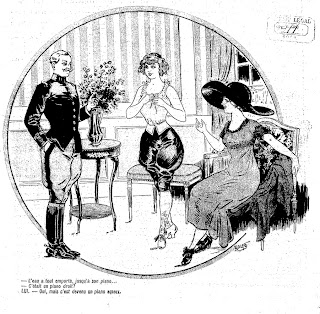 The image below was definitely a gym costume but not meant to wear on the street. 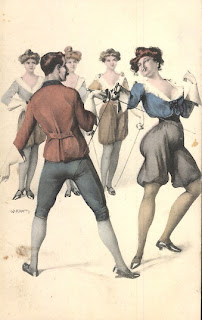 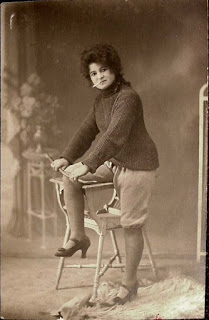 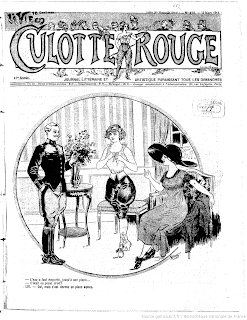 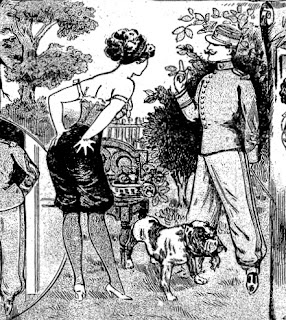 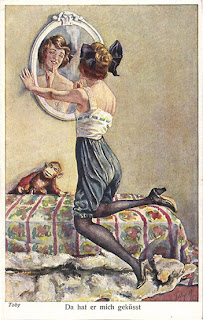 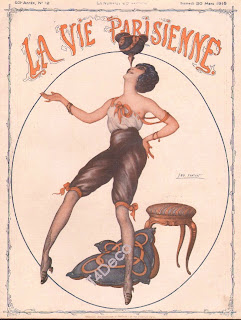 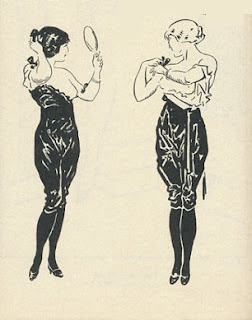 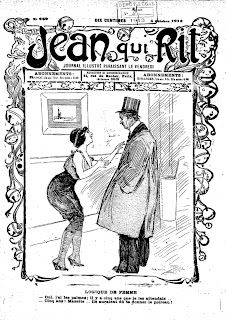 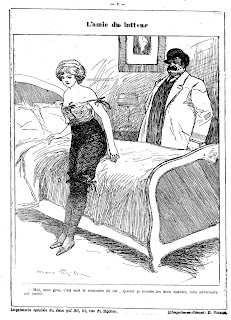 So it seems that bloomers as underwear were another style in the early 1910s apart from cycling bloomers meant to be seen. 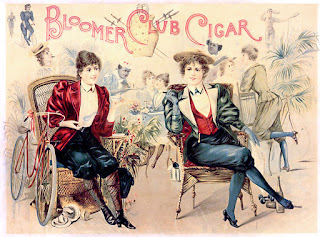