If you missed part one..here is the link for context.
http://ilikethethingsilike.blogspot.com/2013/01/lemax-figures-discuss-life-and.html

The second part of Christopher Hitchens statement is: "...... Much more horrible, though, would be the announcement that the party was continuing forever, and that I was forbidden to leave. Whether it was a hellishly bad party or a party that was perfectly heavenly in every respect, the moment that it became eternal and compulsory would be the precise moment that it began to pall.” 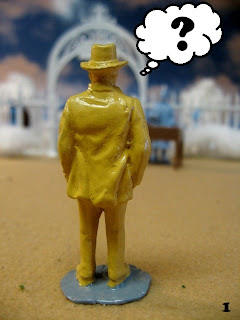 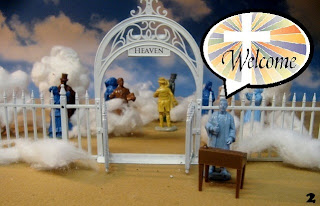 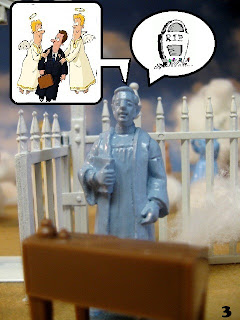 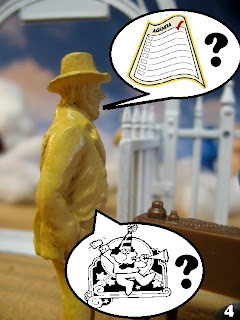 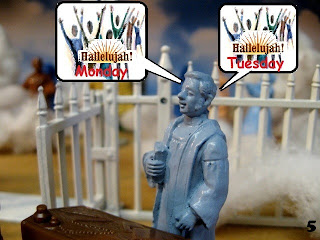 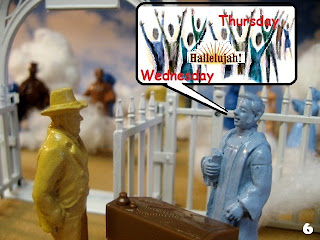 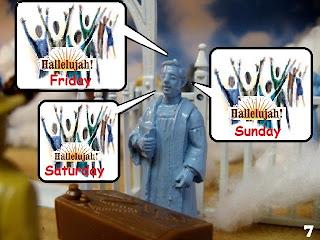 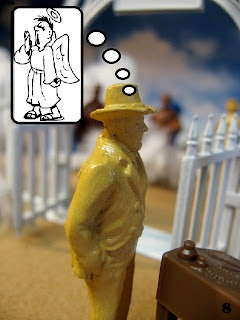 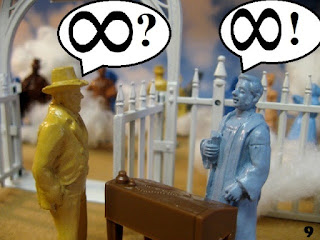 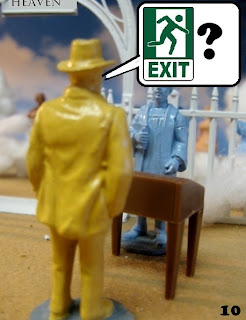 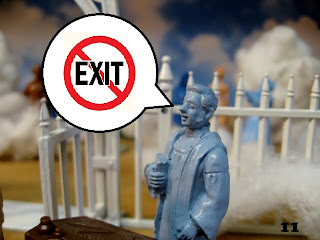 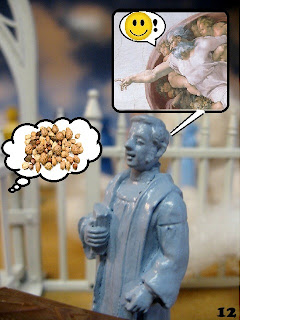 Some of the ideas are also inspired by Mark Twain's story Captain Stormfield's Visit to Heaven.