A guy in the die shop told me this one. I'm setting it back in the Civil War. Here's the set up....

"....On two occasions his coarse personal instincts betrayed him: Confederate cavalry under the command of Maj. Gen. Wade Hampton raided his camp while he was in bed with a young Southern woman he had met while going through Columbia, and, at the Battle of Monroe's Crossroads, he was forced to flee for his life in his underclothes until his troops could reform...."

"The actual identity of Marie or Mary Boozer is in dispute. Thomas Lowry in The Story the Soldiers Wouldn't Tell: Sex in the Civil War (1994) cites sources to suggest her first name was Alice. The presence of feminine accompaniment at Monroe's Crossroads is undisputed in the official record. Brevet Major General Kilpatrick's wife died in 1863, and he is reputed to have been a ladies' man from then on. He reportedly took Alice, a.k.a. Marie Boozer, with him when he was appointed ambassador to Chile after the war. " 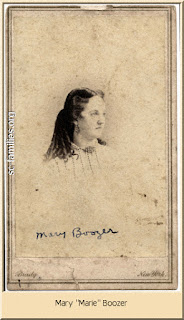 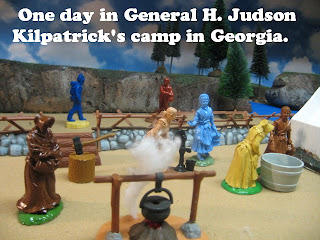 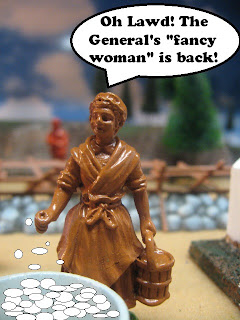 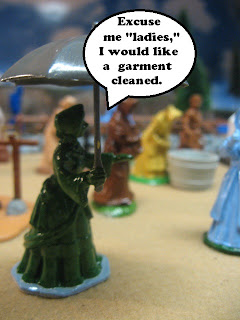 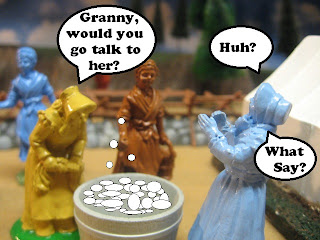 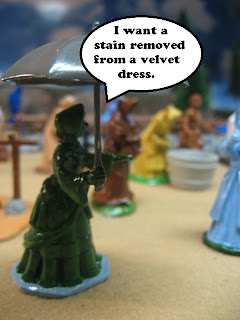 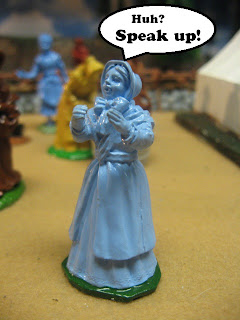 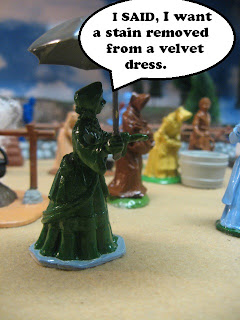 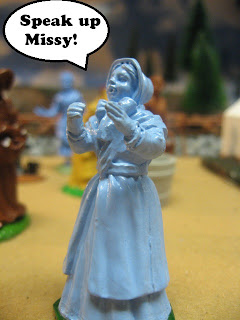 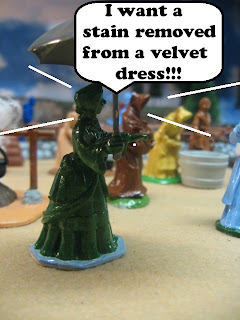 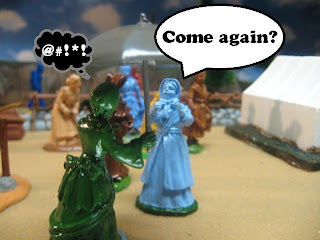 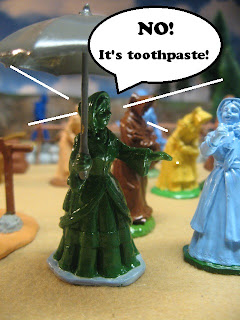 (The 1855 Old Farmer's Almanac had a recipe for toothpaste.)