"The Vesuviennes were among the latter. Considered to be the most radical of all of the feminist factions of the time, the Vesuviennes promoted female military service, the right of women to dress the same as men, and legal and domestic equality between husband and wife, even as that extended to the distribution of household chores. Most Vesuviennes were between the ages of 15 and 30, unmarried, poorly paid workers. Even some other feminists disapproved of their tactics, which included wearing culottes .....and staging frequent street demonstrations..."

"..The image of a young woman in culottes came to represent all feminists to some, as can be seen in the caricatures of Edouard de Beaumont, one of several artists who satirized the efforts of feminists of the period in popular political papers such as Le Charivari." 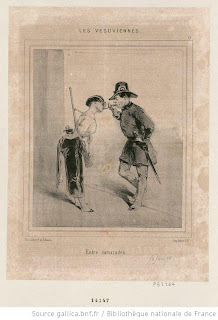 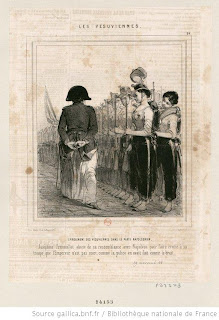 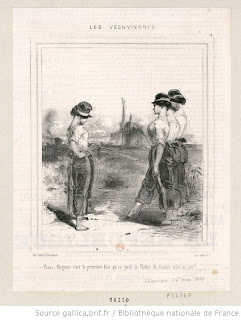 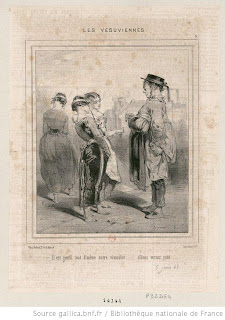