I got one box of set # 5461 by mistake and took it to The Hobby Bunker to exchange it when I discovered that AIP's set 5412 of Confederates is the same shade of "butternut" as the later set. Now I'm building a couple of small units using the kepi heads from the 5461 set on the bodies of the 5412 set. The early set of Confederate figures is an excellent set for building a firing line with 6 loading and firing poses making 12 figures per box. 2 boxes make a respectable tabletop unit with one of the officers from set 5412 and 5461.

A tip on grafting heads on the softer AIP plastic used in newer sets.  Start holes with a small nail held over a candle. (Kids ask your parents!) Then push the 1/16 plastic rod into the head hole and position it in the neck hole. Zap-A-Gap works as an adhesive. Head to shoulder joins can be made to blend in without painting.

The hole nail insertion prevents the softer AIP plastic from splitting when a drill might. 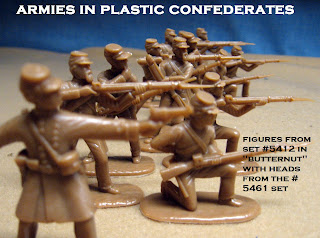 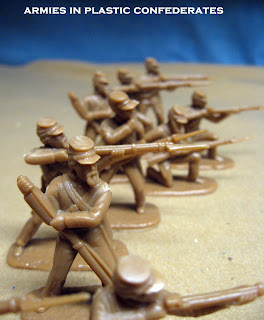 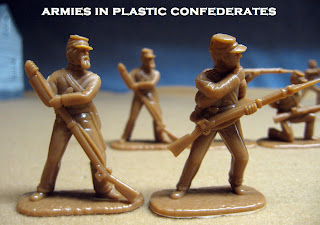 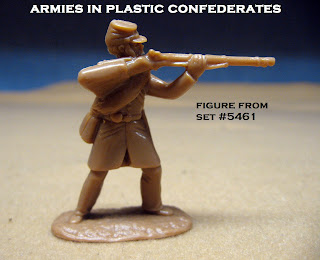 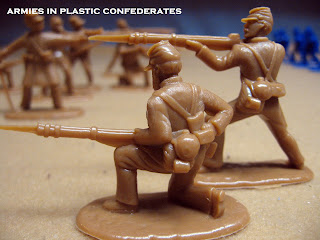 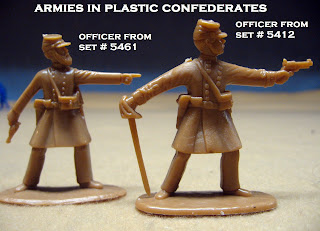