I'd like to see a movie version of War Of The Worlds set in 1897. The 1952 version and the 2005 version were in set in their "present." I can see that setting the story in the present makes the story more relevant to the movie audience. Read the book of course but a good comic book version is on-line here...

http://www.scribd.com/doc/6530492/War-of-the-Worlds-Ecomic
Nice artwork with a suggestion of British uniforms. Not quite "authentic" but at least the Royal Artillery is correctly in blue. Good character design and the Artilleryman character is included. He's in the book but limited in the the original magazine version. 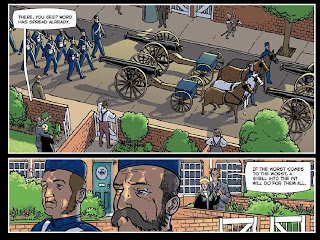 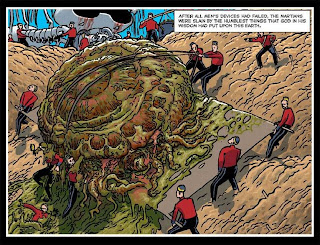 I've found Librivox on-line with audio books that you can listen to on-line or download for free. Books are in the public domain. I like to listen while I paint. I've found War Of The Worlds among other H. G. Wells books.

http://librivox.org/
There are two readers version of the book....

I like the original artwork from Pearson's Magazine, 1897.  Sad for the poor Hussar and artillery battery caught by the heat ray. With C.G.I. a creditable Victorian setting could be made as in the recent Sherlock Holmes movie. 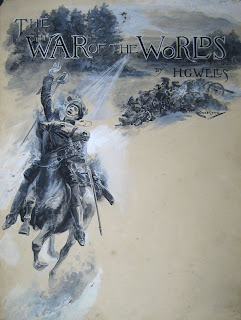 A couple of days ago I posted modern Victorian Sci-Fi Heroines. Most heroines from the old stories aren't the action type as in the new stories and usually need rescuing.  The slim dark haired women in War of the Worlds might be an exception. 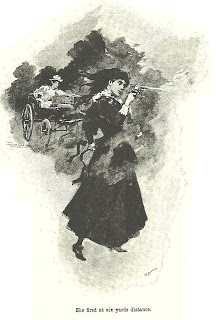