I noticed a few period images of Gatling Guns used by the French Army during the Franco Prussian War. I thought that the illustrators made a mistake, not knowing what the Mitrailleuse looked like.


Illustration of a Gatling Gun in action... 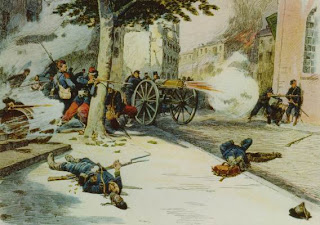 Canadian newspaper showing the "effect" on the Prussians of a Mitrailleuse... 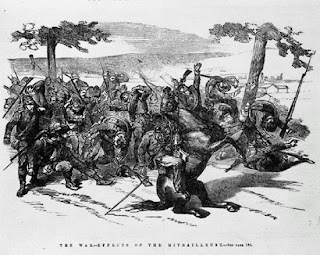 Illustration of the capture of what looks like a Gatling Gun... 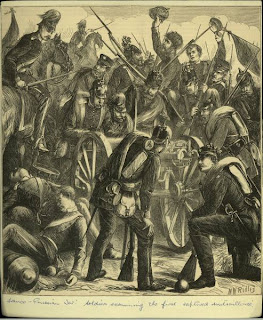 "....During the Franco-Prussian War of 1870-1871, several Gatling guns were purchased by Léon Gambetta on behalf of the Government of National Defense, and were used by the French armies fighting in the provinces, to replace the defective mitrailleuse...."


Nice period painting of Prussian Troops taking a French position and a Mitrailleuse.. 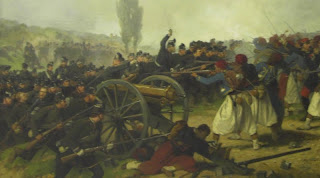 They were two very different weapons in design.
Posted by Scott B. Lesch at 4:22 PM