Irene Morales Infante was a Chilean Cantiniere in the War Of The Pacific. (1879-1884)
Spanish Language links here...


This tinted photo shows her in feathered cap and plaid skirt with plaid facings. 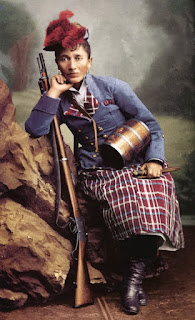 She was painted in the uniform as well. 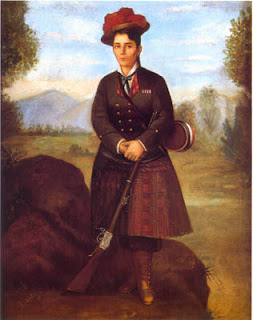 There is even a modern porcelain figurine of her. 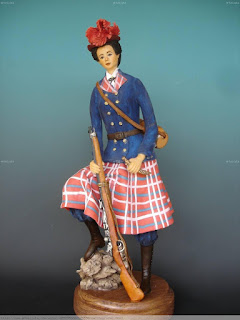 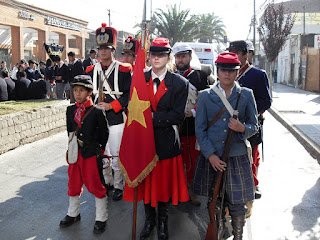 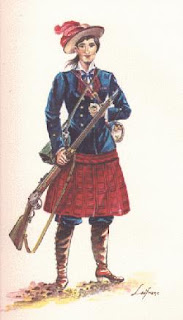 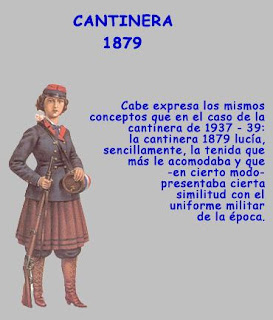 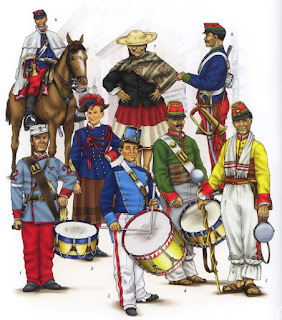