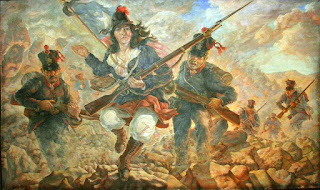 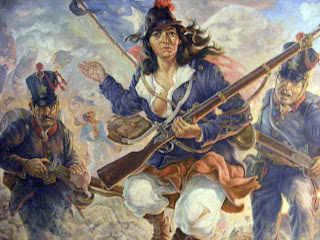 (Google Translation from Spanish)
"....There is a certain sensuality in the figure of the heroine portrayed there, too. Robles Acuña his wife castrates no disguising Sergeant immaculate virgin, nor, on the other side of the diameter, as androgynous figure. On the contrary, delicately highlights her femininity in a patriarchal context such as the war. He undoes a button on his chest quietly, putting part of their female forms..." 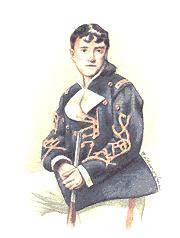 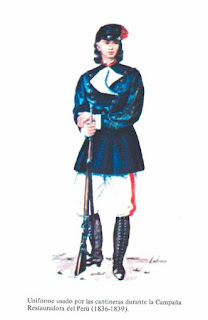