The little brother points out the chemise hanging out.

The Lady's Dressing Room 1892: The Indispensible Companion of Every Well-Bred Lady at the Close of the 19th Century by Baroness Staffe

If the chemise, the drawers, the little under-petticoat, and the slip-bodice could all be made to match, it would be in charmingly good taste. They should in that case all be of fine nainsouk or fine cambric, with embroideries or valenciennes. The prettiest chemise is cut out either round or heart- shape. A ribbon run in tightens it a little round the shoulders. It is also buttoned on the shoulder. The neck and shoulders are edged with valenciennes or a light embroidery. The chemise must neither be too wide nor too long. It should not fill up needlessly either the stays or the drawers....."


An 1887 source is Eadweard Muybridge's photo study of a model dressing. WARNING! Some nudity ahead. 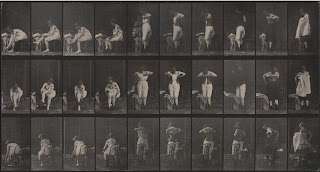 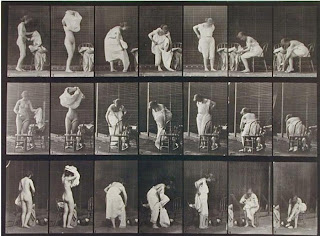 A reverse strip tease is shown in an 1895 cartoon The Temptation of St Anthony. The Saint doesn't show interest until the woman puts on sexy lingerie. 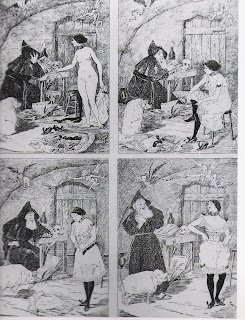 The French magazine La Vie Parisienne also showed the chemise as the undermost garment in the 1890s. 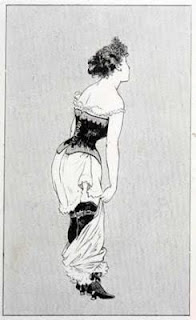 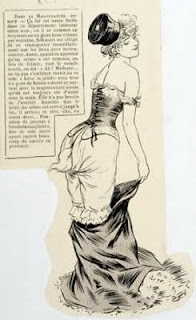