The chemise was the basic woman's undergarment for centuries with the garment that would become underpants arriving around the early 18oos. At the time of the 1850s -60s the drawers were two cloth tubes open at the inseam so that a woman could relieve herself without undressing. Some reenactors believe that the drawers should be worn under the chemise. They find that wearing the garments that way is easier for them. The period images and photos from the 1850s and 60s along with the sources quoted above show otherwise.

Two very early images from the Regency period appear to be copies. One is from The Progress of the Toilet by James Gillray before 1815 and the other a close copy, possibly from Germany. 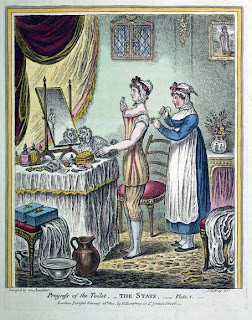 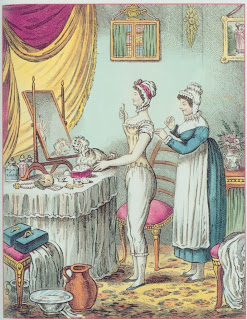 One photo titled "Maison Close" from 1860 shows what appears to be the chemise over the drawers. It might be that these women are prostitutes or dancers or that the garment is a short petticoat mentioned in the "Gyp" 1861 account quoted earlier. 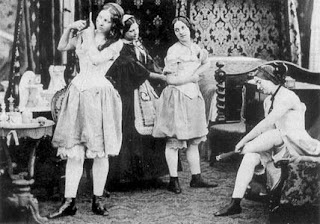 Several other period images that look like the chemise OVER the drawers may also be short petticoats. 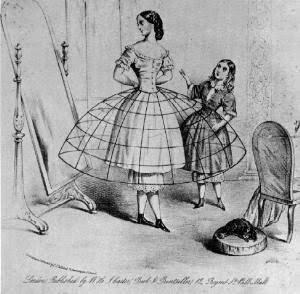 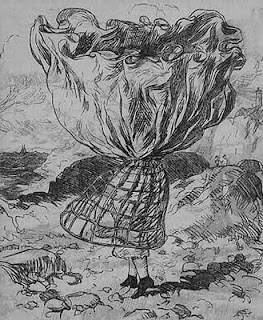 
Other period images appear to show drawers right up to a woman's waist. 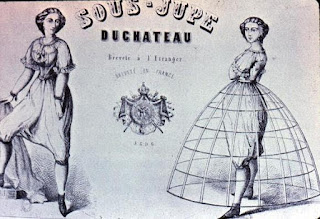 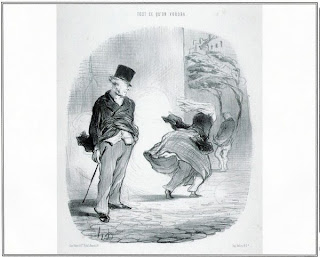 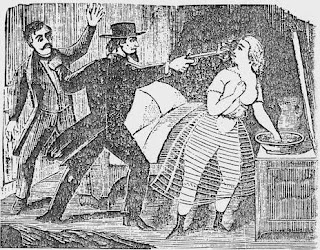 Of interest are period Patent illustrations from 1864 and 1865 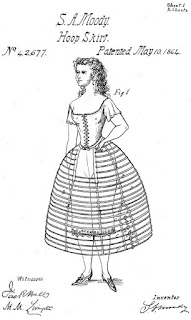 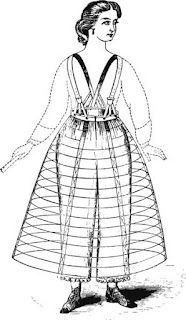 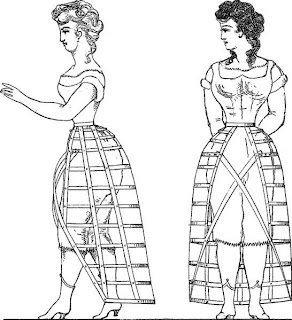 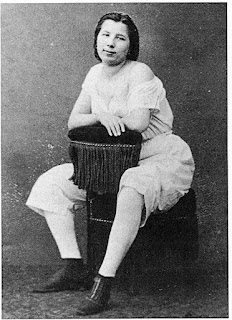 This photo is from Who Wore What?: Women's Wear 1861-1865 by Juanita Leisch and more clearly shows the drawers over the bottom of the chemise.