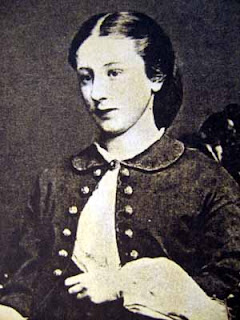 "While crowds had cheered the rebels as they marched into Lexington, the ranks of Kentuckians that Smith had expected to fall in with his army were not materializing. Some of the citizens of the city made no secret of their dislike for the Confederates. When a pretty 17-year-old girl named Ella Bishop saw the American flag being dragged through the streets by rebel soldiers, she ran out, grabbed it, wrapped it around her, and said she would surrender it only with her life. They didn't dare lay a hand on her. " 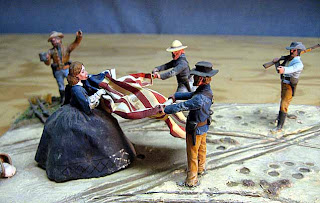 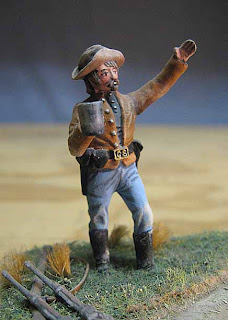 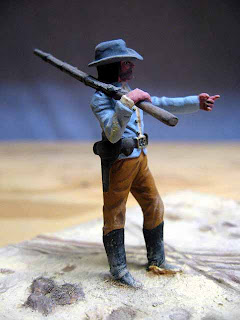 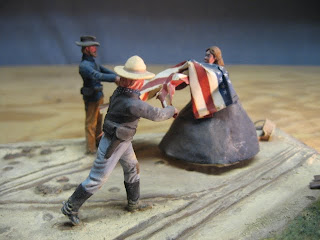 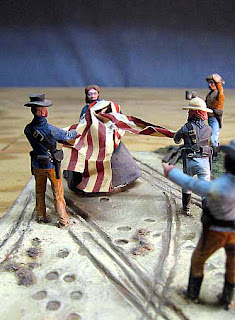 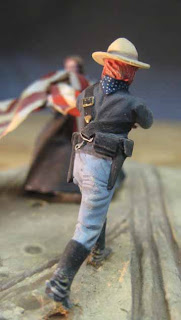 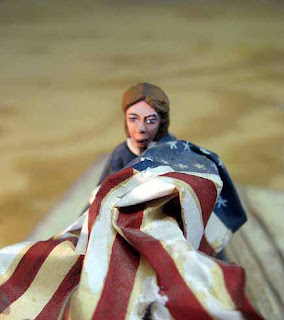 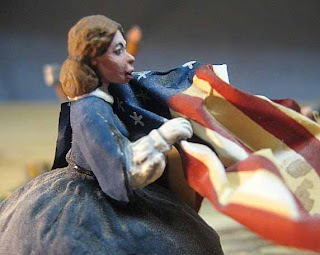 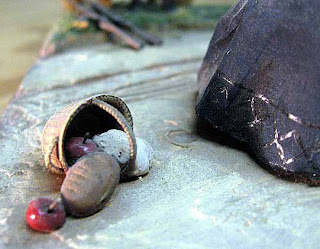 General Orders No. —. When the rebels entered this portion of the State they treated with
disrespect all evidences of loyalty and heaped their insults upon citizens by hauling from the
steeples and from the windows of their homes the emblem of their liberty and nationality,
the flag of our armies, the ensign of our republican institutions and the banner we are so
willing to defend. They trailed it in the dust and trampled it under their unhallowed feet and
shouted it should wave no more over the City of Lexington, the State of Kentucky.
But amidst their hellish revelling and traitorous shouts following in the wake of the trailing
banner, a bold and patriotic yet beautiful and modest lady scarcely eighteen years of age,
one of Kentucky's proudest daughters, rushed forth with wounded spirit yet undaunted
courage, wrested it from the traitor's grasp, defied their threatsi waved it above their heads
and dared them to touch it with their polluted hands. She recovered it. She saved it and to-day
holds it proudly protected by gallant soldiers from Illinois, Michigan, and Ohio. As an humble
evidence therefore of respect and admiration for such patriotism and worthy example this
camp shall bear the name of that young lady, "Ella Bishop."..."
By command of Brig.-Gen.

The Lexington Observer and Reporter editorially remarks under date of Nov. 22, 1862:
"A very high compliment is paid to an estimable young lady of our city in a general order
by Gen. G. Clay Smith, which we publish in another column. Miss Ella Bishop richly
deserves every word that official paper contains. When Morgan's men made their last dash
through our streets this noble young lady snatched from their grasp a beautiful flag, which
they had torn from a corner building, and, waving it at them, held on to it in defiance of their
efforts to get it from her until their departure." At the time the incident occurred Miss Bishop
lived in the house on the south side of High (or Hill) Street, between Spring and Patterson, occupied in 1896 by Mrs. Joe Millward. The flag was taken from Fitch's drug store on the north side of Main Street corner of Upper, subsequently the site of the Fayette National Bank."