No, not much interest. I painted a few Nazi figures back in the 1970s/80s. I noticed that back when I was dating and I brought a lady "up to see my toys soldiers", she would focus right on the Nazis.

(After 35 years one old flame STILL reminds me that Ingmar Bergman's The Virgin Spring, while not a Nazi film, was not a date movie.)

Here's my 1970s/80s Hitler (by Valiant I think)  with a Monarch/Cliff Sanderson Victorian child converted to a German child in folk costume. 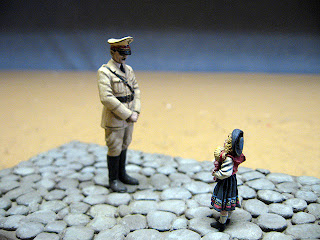 I made a tiny saw cut under Adolph's chin to get him to look down a bit. 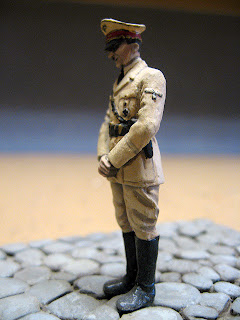 Funny that this reminds me of comedian  Eddie Izzard's Hitler bit. 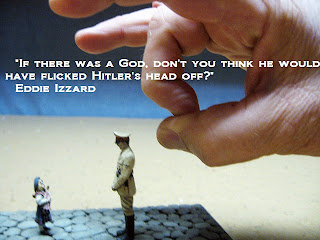