I took a ride over to Minuteman National Park yesterday to see the National Park Service sponsored Battle Road reenactment. The NPS has a good section of the actual road and several buildings that existed during the fighting. Yearly some of the best reenactment units take part. British units are mixed with 1775 impressions and some impressions of British troops as they appeared later in the American War of Independence. The American are all in civilian dress. Authenticity has greatly improved since I was in Rev-War back in the late 1970s-early 1980s. It was nice to see familiar faces STILL turning out after 30 years! The weather was great and the local police and NPS staff and volunteers did an excellent job with the parking, security, general helpfulness. Thank these folks when you get a chance.

My album of photos is here if you'd like to take a look.....

A few samples are here... 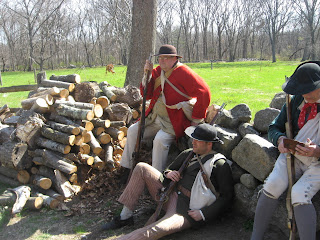 William Desmond, a most excellent officer. 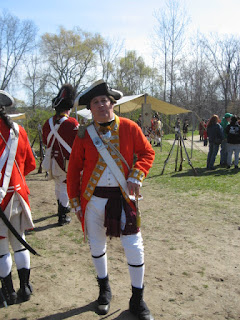 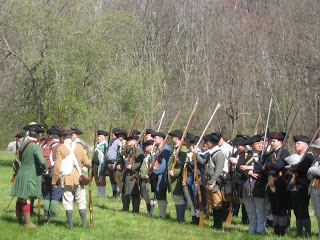 In the Tavern, Judy Cataldo explains swaddling of babies in the 18th century 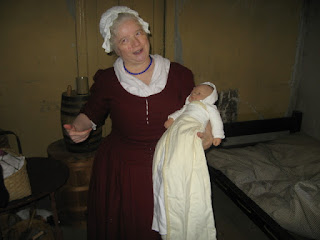 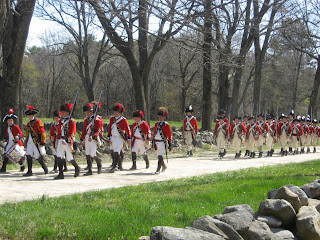 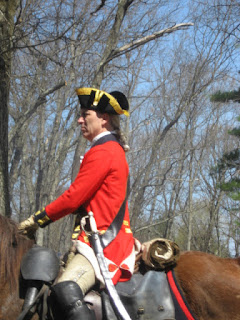 Giving sticks to children! A drill demonstration for kids. The NPS does this at Gettysburg as well and Colonial Williamsburg gives kids a chance to poke their eyes out. At age 6 or 8, I would have killed to play soldier like this! 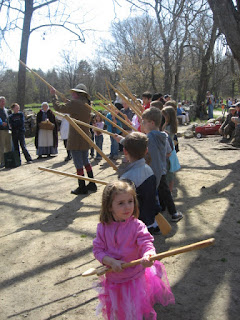 My old unit, the 10th Regiment of Foot. If I hadn't quit, I might be Colonel by now. 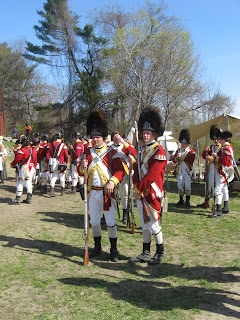