I read Atlas Shrugged about 30 years ago and Rand's twisting of the Robin Hood legend bothered me.
http://en.wikipedia.org/wiki/Atlas_Shrugged
One of her characters Ragnar Danneskjöld robbed shipping and gave back to the productive rich!  He claimed that people (in the Rand universe) now thought Robin Hood robbed the productive and gave to the undeserving. Ragnar was just giving back.

I just acquired a bag of reproduction MARX Robin Hood figures and had some fun..... 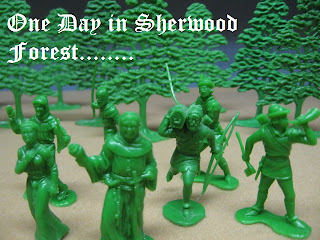 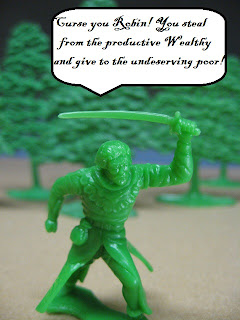 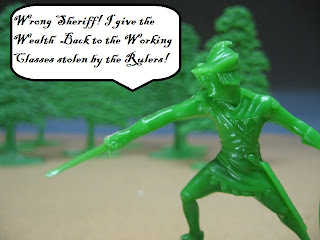 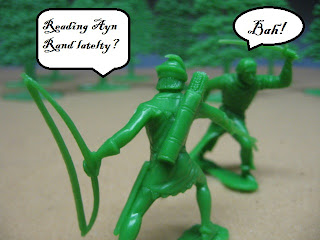 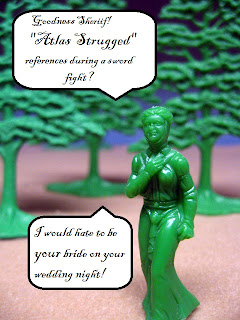 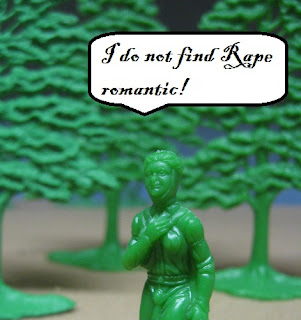 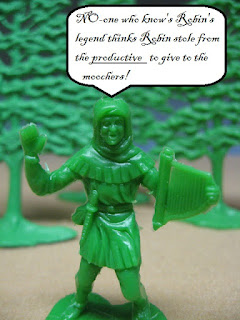 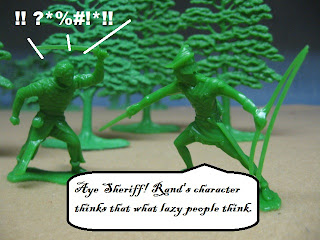 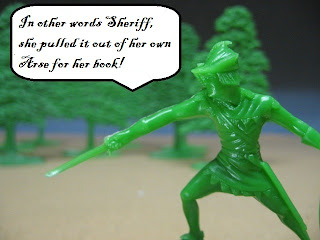 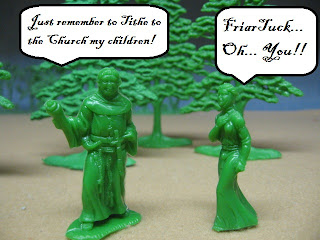