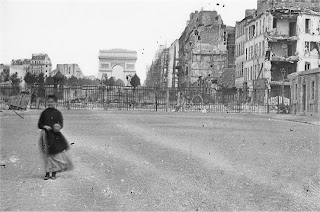 A section of Paris, Porte-Maillot (as seen above and marked on the map below by the letter A,)  had a battery of guns manned by sailors with the Communards. 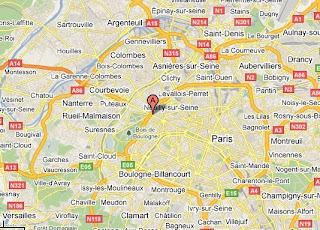 Possibly assisting the navy gunners were these women . I don't know if these women actually served, survived the Commune, or just dressed up for the photos. 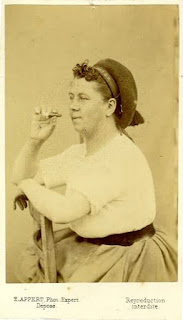 Two photos of Hortense David above and two of Marie Christine Dargent below. The lower one is her "pointeuse" uniform.

Photos and names come from a number of sources including the  excellent site
The Siege and Commune of Paris,
http://www.library.northwestern.edu/spec/siege/