Armies in Plastic is coming out with a British Gatling Gun set.

The AIP set is an improvement over the BMC Gatling supplied with it's San Juan Hill playset. The BMC gun's carriage was made up side down. That is easily fixed by drilling the hole for the barrel all the way through. 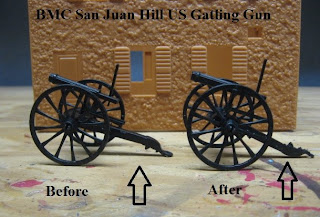 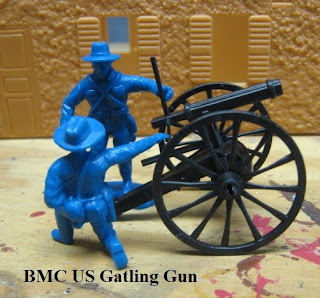 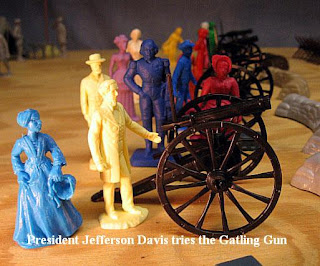 You can have some fun with the BMC Gatling Gun....

"Jefferson Davis and Robert E. Lee test the French Mitrailleuse. Napoleon III can be seen in the background."

I don't own one but Timpo/Toyway makes a nice toy like plastic Gatling Gun which the gunners appear to be happy with. 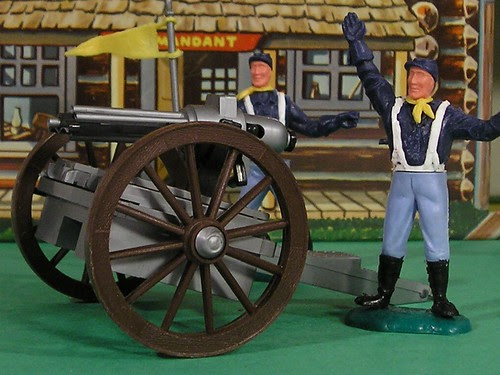