From Crown Princess Cecile to "Fraulein Feldgrau" the Pickelhaube appears to have been a costume cap for royals who were honorary colonels to postcard models. 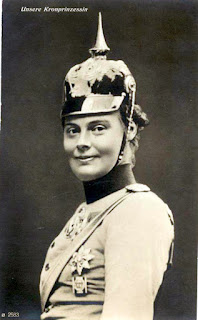 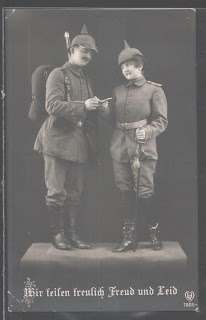 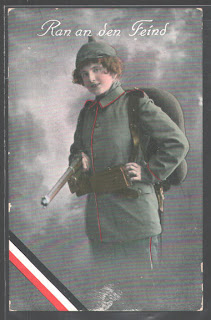 "Goosesteps and Pickelhaubes
The Republic of Chile’s Annual ‘Parada Militar’"


The goose step is part of the drill in some South American countries that had German influence in the past. Men do a higher step while the step of the women is limited by their uniform skirt hems. 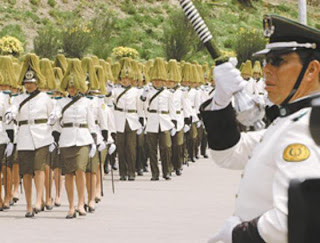 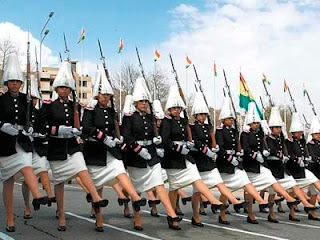 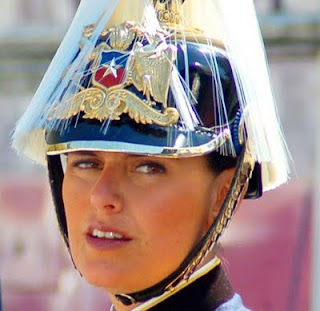 The guard at the Royal Palace in Stockholm, Sweden sports the pickelhaube helmet made popular by the Germans in the 19th Century. Not a costume but the official uniform, these women in the guard wear the distinctive cap. 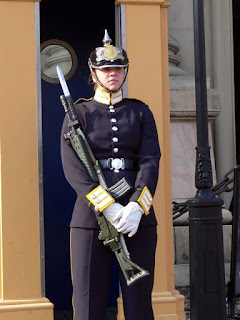 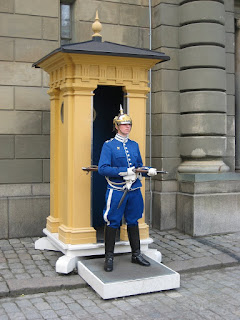 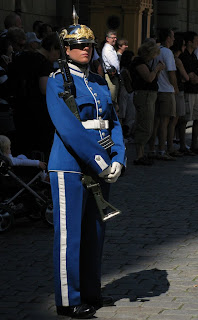 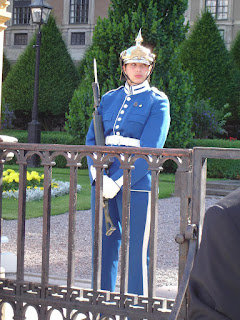 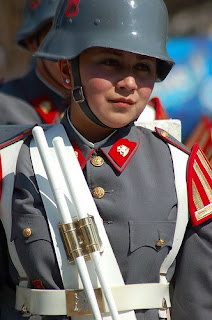