Sorry I haven't posted much lately. My plan was every other day.
Armies In Plastic may be coming out with 54mm Civil War Navy plastic figures in the future. (Don't tell anyone.)  Until then I wanted to add to my "cast" some Confederate Navy figures and the inexpensive painted metal figures by AMERICANA fit the bill. I repainted them in a toy style to match my Confederate Marines. I have to get more of the seamen to make a gun or boat crew. The AMERICANA figures series are in general pretty awful, but the Civil War navy figures aren't bad. I had to contact a few museum shops south of Gettysburg to find them. 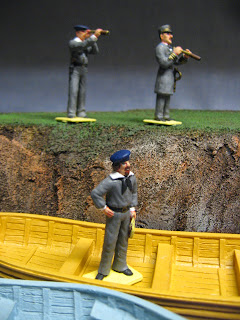 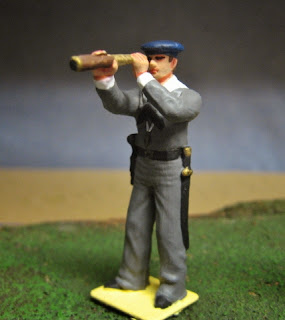 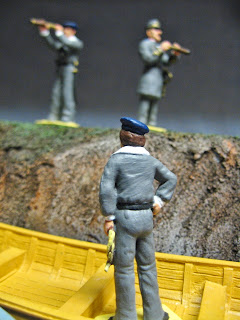 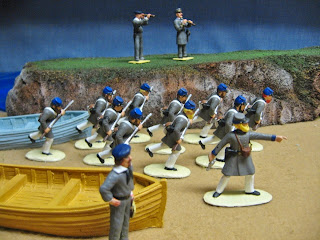 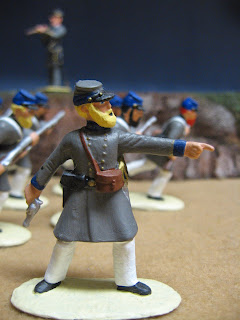 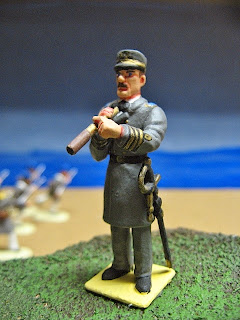 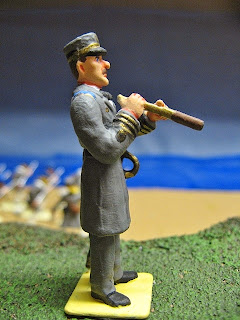 These figures might be good for Captain Nemo's crew or some "steampunk" airship sailors. The original Confederate sailor comes painted in a white uniform and "works" as US or French. They didn't were belt loops and the pants in 1860 so file them off. 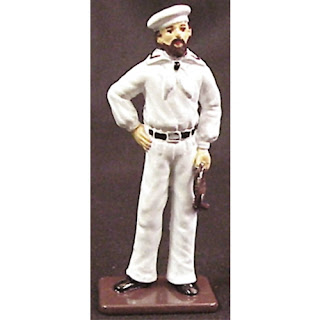 They cost around five USD.