These are probably not news to war gamers. I have been looking at these female troops for some time and I finally bought some. Heck I'm not even a gamer but I'm now working on the female hussars that Hinterland makes.

Here are the female sailors I bought first that look German or Austro-Hungarian. I can see tweaking the caps and making a fantasy British or French landing party by varying the blues and whites naval clothing. 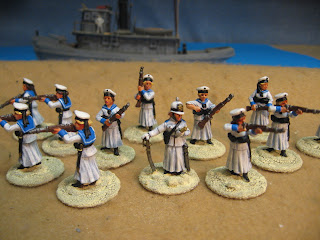 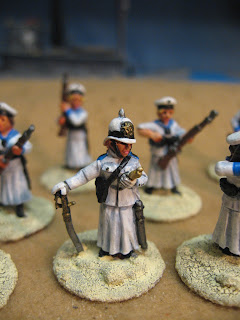 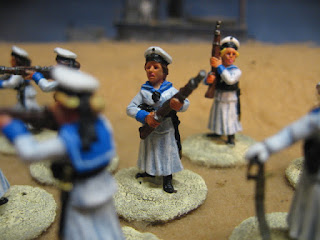 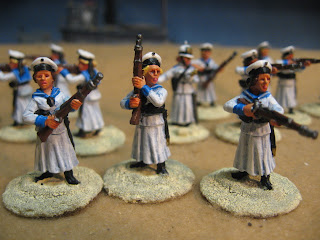 I was lucky to find a pile of 7/8" steel slugs at in the scrap bin at work to mount the figures. I'm trying for beach sand with real beach sand but the ground work still needs a bit of improvement. I understand that gamers use magnetic strips to secure their figures in travel boxes so the steel bases will work well.


Questions. Who do gamers fight with these figures? Dahomey Amazons? Female zombies or vampires?  Another question is... do gamers "kill" female figures or just take them out of play? Women's equality in today's military and all aside, I hate to think that even miniature female figures symbolically  die or are wounded in table top combat. Any answers from Gamers? No judgement on my part, I'm just curious.