Armies In Plastic's Civil War sets offer only special units such as Heavy Artillery, Zouaves, Sharpshooters, and the Iron Brigade. Their Confederate set is a great exception. It's a little frustrating because if A.I.P. offered regular Federate troops, cavalry (blue and gray) and field artillery (blue and gray) the sets would fly off the shelves

Sets # 5458-61 are not the best from A.I.P. because of mold draft obscuring the detail on a number of the figures. There is also the issue of A.I.P. issuing  sets in different colored plastic and calling the sets various regiments or even time periods. The best of the poses are the Sharpshooter figures in green with the telescopic sights as really representing the unit without painting the figures. It's a stretch to also call these figures US Marines or CS troops.
BUT the base mold has some of the best kepi heads that can be used for conversions. My only criticism of these heads are that there are way to many long beards that only show up on older officers in the photos. Four poses can make regular troops in frock coats. The figures without knapsacks became my Confederate States Marine Corps. I painted them in a toy style and swapped a few heads. 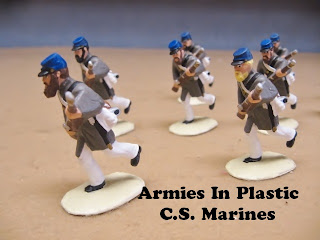 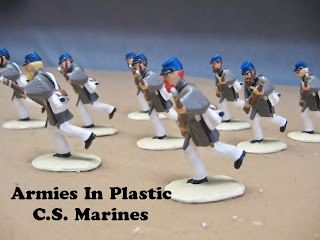 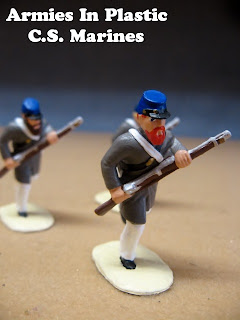 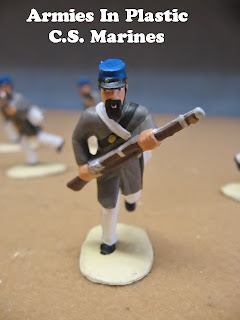 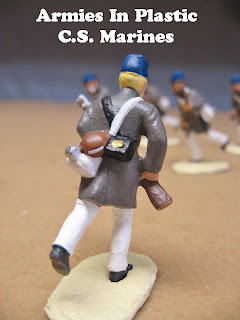