I have blogged in the past on my research on this subject. Documentation sometimes shows up in places that are unexpected. I was looking at Le Journal Amusant on-line..... 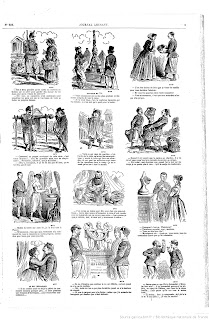 From GOOGLE Translation..the annoyed woman is telling the soldier, an orderly for an officer to just throw a letter on her bed and she will read it later.

The dutiful orderly replies that his lieutenant ordered him to hand it to her and await a reply. 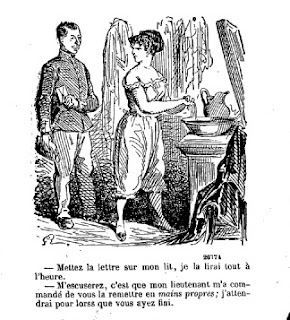 It's clear that the woman wears her chemise tails under her drawers in this example. I have been looking for period documentation that this was the custom. 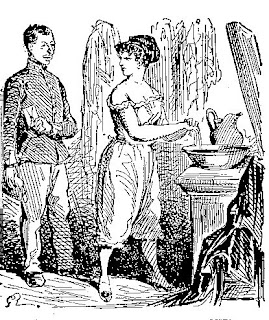