"Then Jessie Brown stood listening, And then a broad gladness broke All over her face, and she took my hand And drew me near and spoke:

"God bless thae bonny Highlanders! We're saved! we're saved!" she cried: And fell on her knees, and thanks to God Pour'd forth, like a full flood-tide." 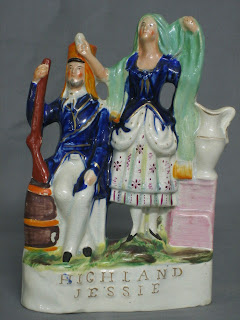 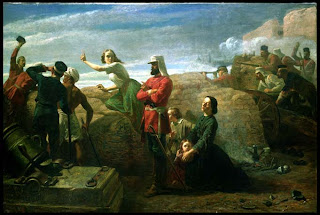 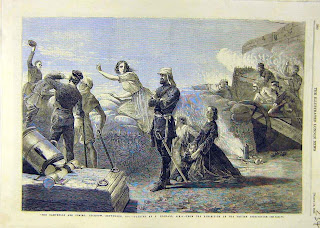 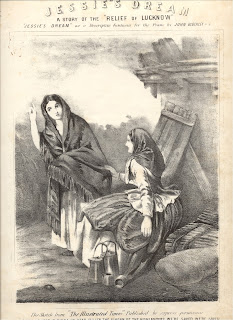 I'd like to see a movie of this incident AND the dime novel version of the adventures of Jesse! 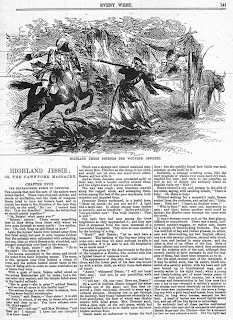 
Jessie Brown; or, the Relief of Lucknow


The Oxford Companion to American Theatre | 2004 | Gerald Bordman and Thomas S. Hischak | 700+ words | Copyright
Jessie Brown; or, the Relief of Lucknow (1858), a drama by Dion Boucicault. [Wallack's Theatre, 42 perf.] Led by the treacherous Nena Sahib (Boucicault), the Sepoy Rebellion has succeeded in trapping a garrison of European troops at Lucknow. As the days move on, the situation seems more and more hopeless. The women and children, even the soldiers (though they are reluctant to admit it), have begun to despair as it appears that surrender is their only recourse. As fear grows, a young Scottish girl, Jessie Brown ( Agnes Robertson), slowly raises her head and listens. She tells her neighbors she can hear the Campbell's pibroch. At first they are disbelieving, but in time the sound of the bagpipes grows louder, and before long kilted Highlanders have broken through to rescue the besieged. So fresh was the memory of these events that, according to popular theatre legend, no actor would assume the role of Nena Sahib for fear of being hissed off stage, so Boucicault was forced to play the role himself. Pronounced a “capital drama” by William Winter, the play held the boards for over twenty years.