I'm still looking for original Marketenderin images from the Austrian Prussian War of 1866 and the Franco Prussians War. (Hey..... even the Danish-Prussian War if I can. )

A couple of recent images have turned up ....a French illustration of Bavarian Troops in 1866. 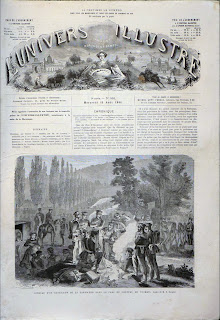 Note that this woman below in the picture detail wears civilian clothing with her skirt looped up. It's possible that the looping is while working while the skirt could be let down on other occasions. This style can be seen in period images of working women. 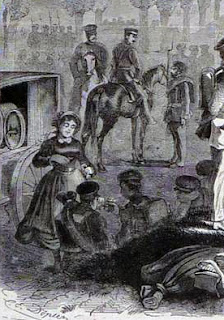 This image is probably early 1900s and the Marketenderin is selling beer. Nice. 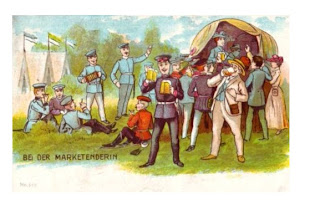 This German image from 1871 of troops in the Paris suburb of  Saint-Denis
shows a woman selling drinks from a cart. She MAY be a Marketenderin. 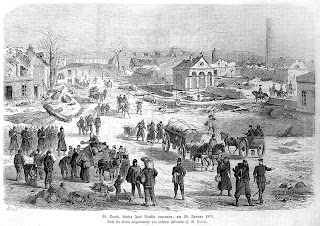 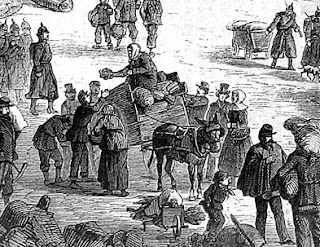 For context, here are two images I've posted before of this 1866-1861 period. Prussian P.O.W. Marketenderin in Vienna... 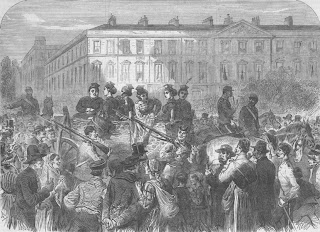 A Prussian cart in 1870. I can't tell if the figure in the cart handing out drinks is a woman or not. The woman doing her hair seems to have civilian style clothing. 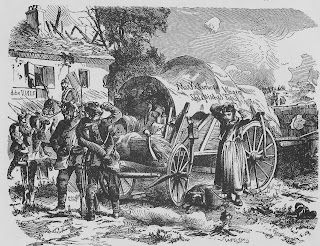 In 1855, the German humor magazine Kladderadatsch showed the military influence of the Crimean War on women's fashions with a collection of cartoons of Markentenderin costumes. Click to enlarge... 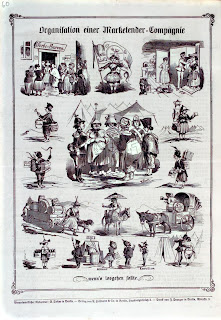