The Germans had Cantinieres to.

The various German states had cantinieres with their regiments called Marketenderin. 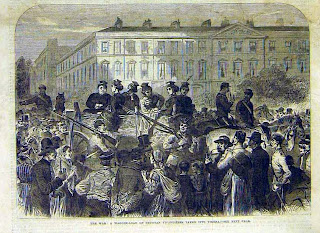 This 1866 picture from the London Illustrated News show a wagon load of Prussian Marketenderin captured by the Austrians being brought to Vienna. 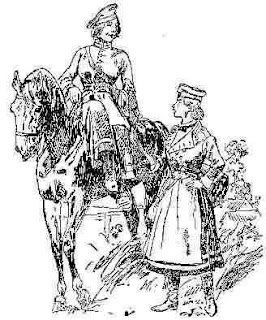 Several Tin flat figures were made of these women represented by the modern sketches.
I wish I had the actual figures in my collection. 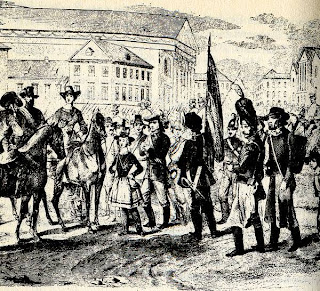 This print shows one possibly two Marketenderin with the revolutionaries in 1848. 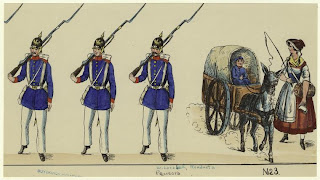 This set of paper soldiers features one Marketenderin in uniform driving a cart while a much out of scale woman leads it. 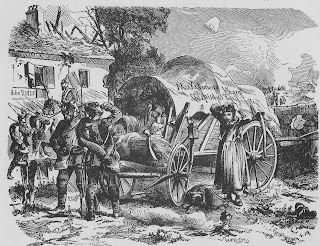 A Franco Prussian War image.
Posted by Scott B. Lesch at 4:18 PM