Rather than show Medieval and Renaissance reenactors with Marketenderinnen I'll stick to the 19th Century examples comparable with French examples.

Non-Military Marketenderin are seen in German Folk Groups. They retain the keg and cups for serving alcohol refreshments. 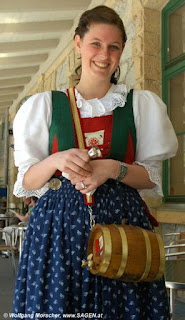 Several appear in groups from the 1930s in folk groups and military reenactment groups. 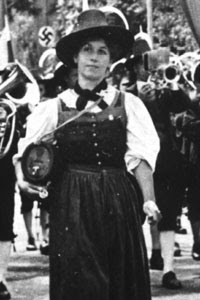 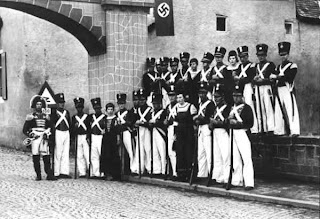 A Czech based reenactment unit that does a Prussian unit from the 1866 war has several women in versions of uniforms also shown in the Tin Figure sketches posted earlier.. 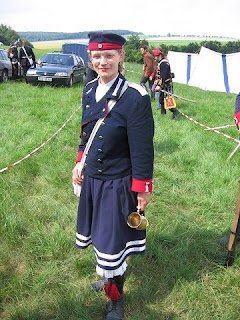 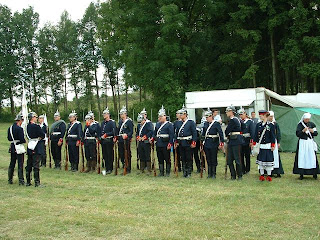