I saw this postcard and thought that the woman was using German World War One Pickelhaubes as
falsies. 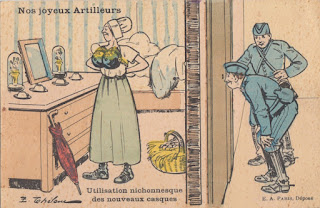 As you can see the lower caption reads "new helmets".  Here is what was meant. Proposed helmets for the French Army early in the 1900s. 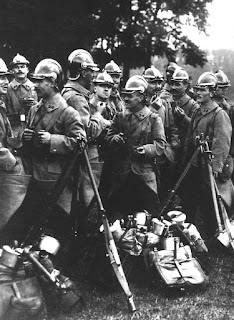 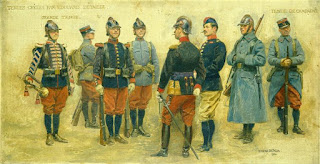 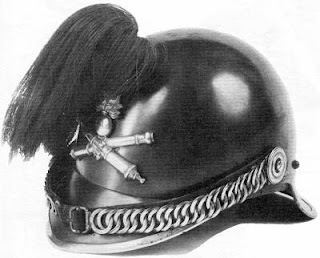 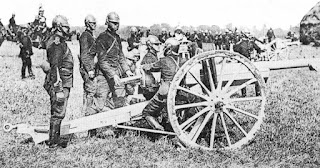 With another example of humor with the artillery here from La Vie En Culotte Rouge. 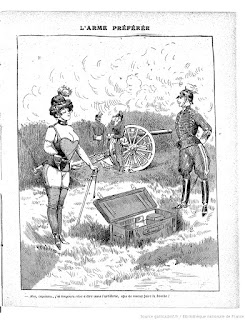 These helmets were not adopted, only tested.