I used Khaki and White 1905 Japanese for regulars or Federales and Revolutionaries. White 1898 Cubans were used for Rebels and an assortment of 1900 US and Boers for Mexicans and volunteers.I also added a few Argentine made female Western figures as Soldaderas. Two British gun crews were converted to regulars with spare Japanese heads. You can leave the original pith helmets on as those were worn to. It's too bad that there are no  Mexicans in sombreros in the AIP line. The Spanish/Cuban troops are close to uniformed regulars on both sides as they bought surplus US uniforms. Most period photos show crossed ammunition bandoleers worn by Mexican troops. Only the AIP Boers have that feature. I threw in a few WW One British lancers but now I can't find info on the use of the lance by Mexican troops this late in time. 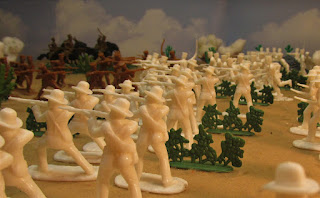 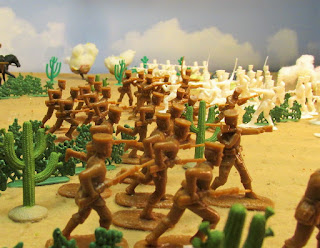 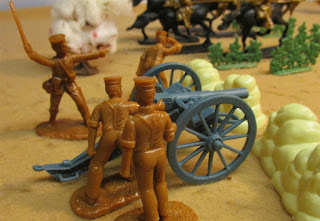 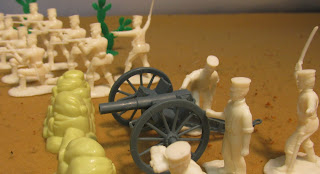 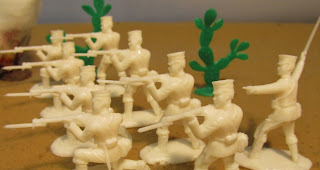 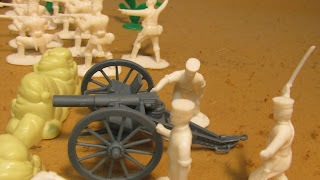 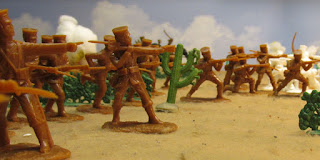 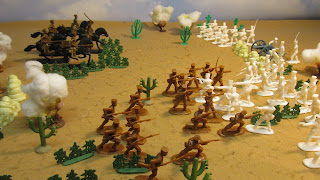 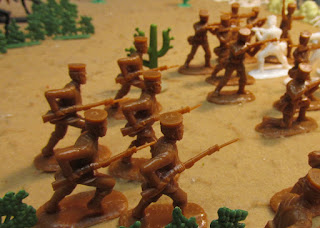 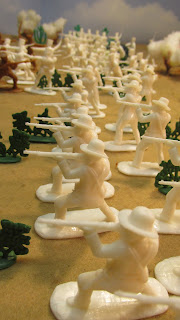 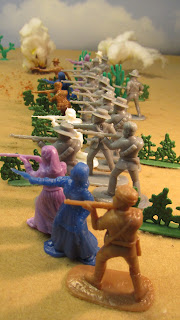 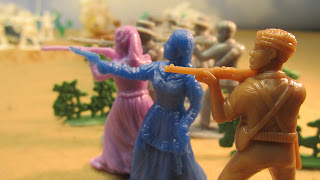 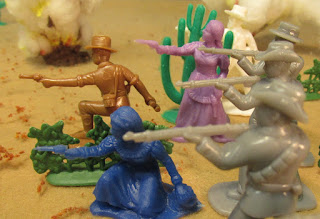 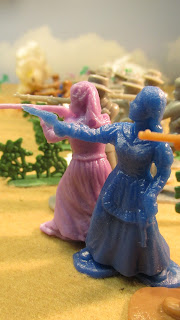 You folks be the judge.