I have a unit of the 5th New York in the works but I finished a small group of figures representing the  Salem Light Infantry militia company known as the Salem Zouaves during the American Civil War. These figures were made from the extra figures from three boxes using the kepi heads included with the Expeditionary Force kits. 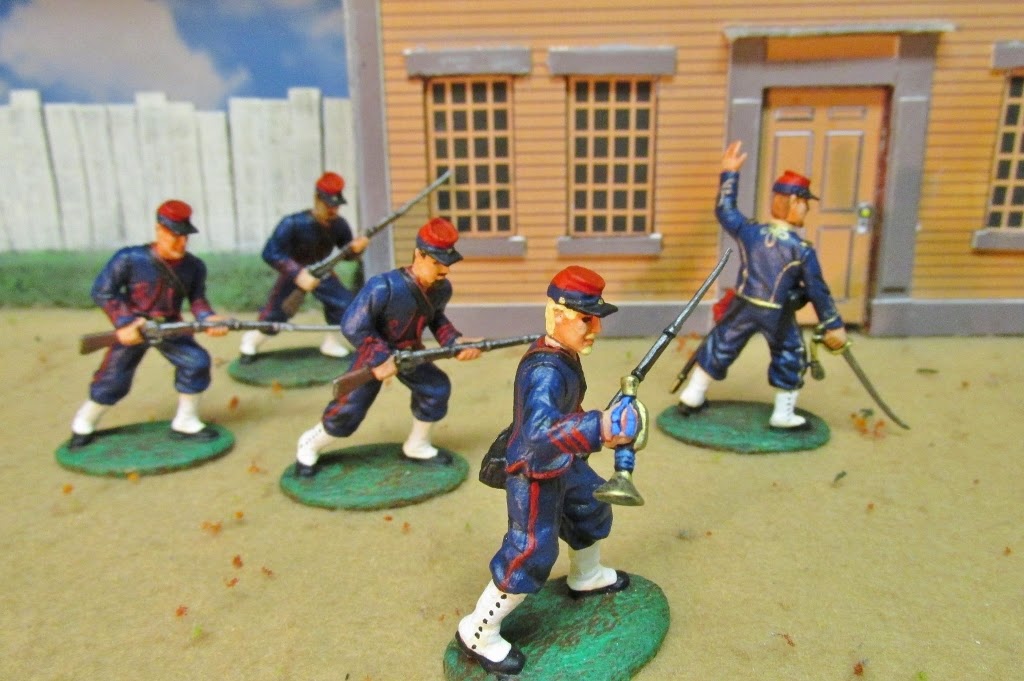 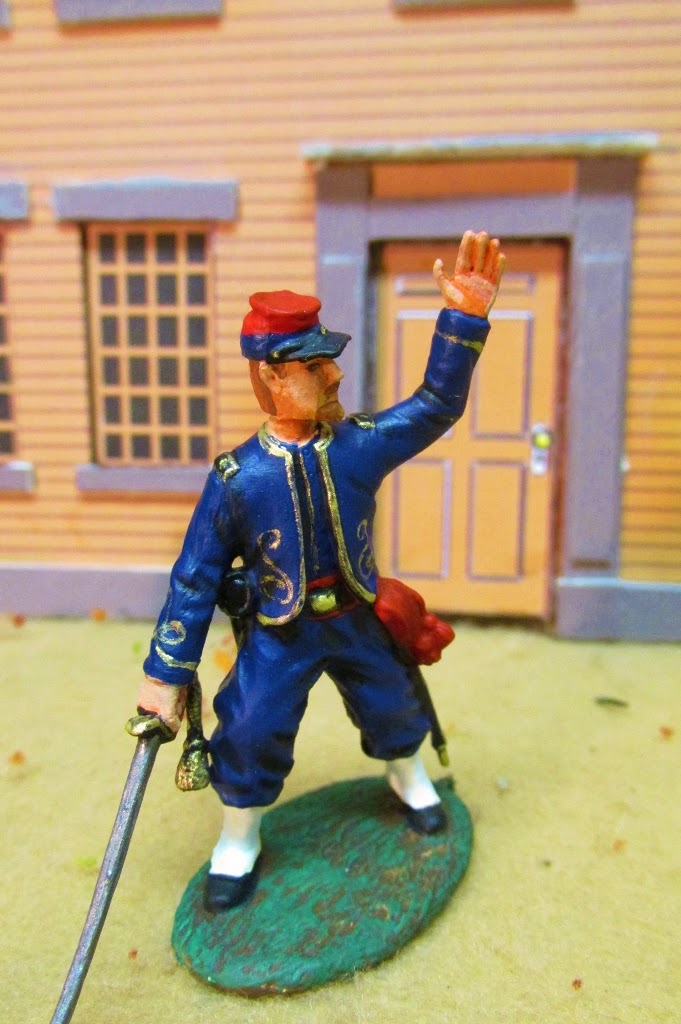 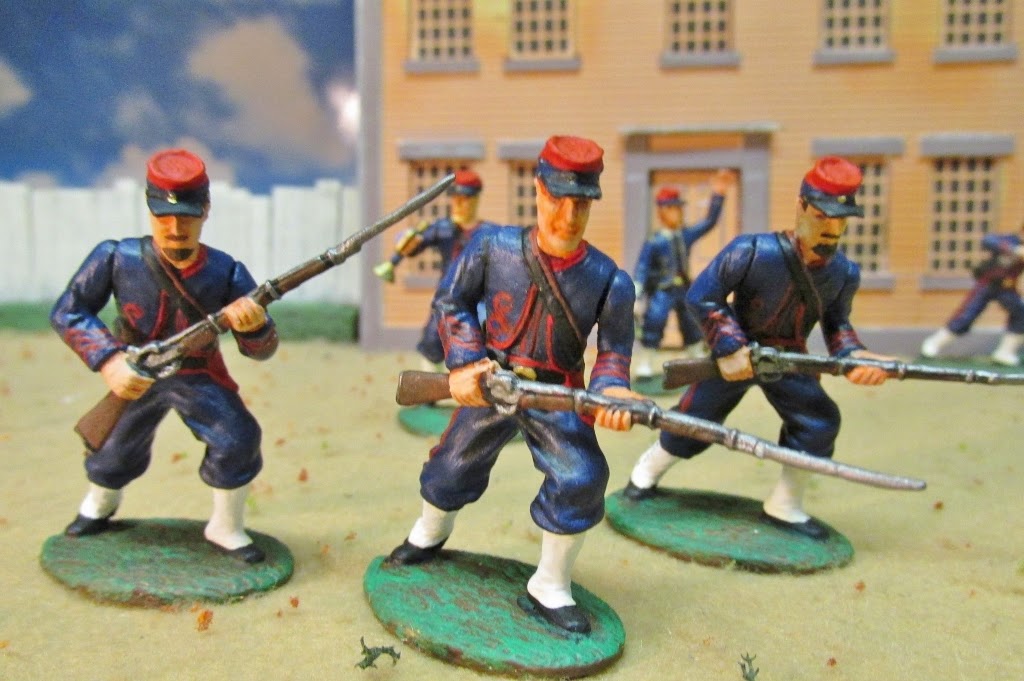 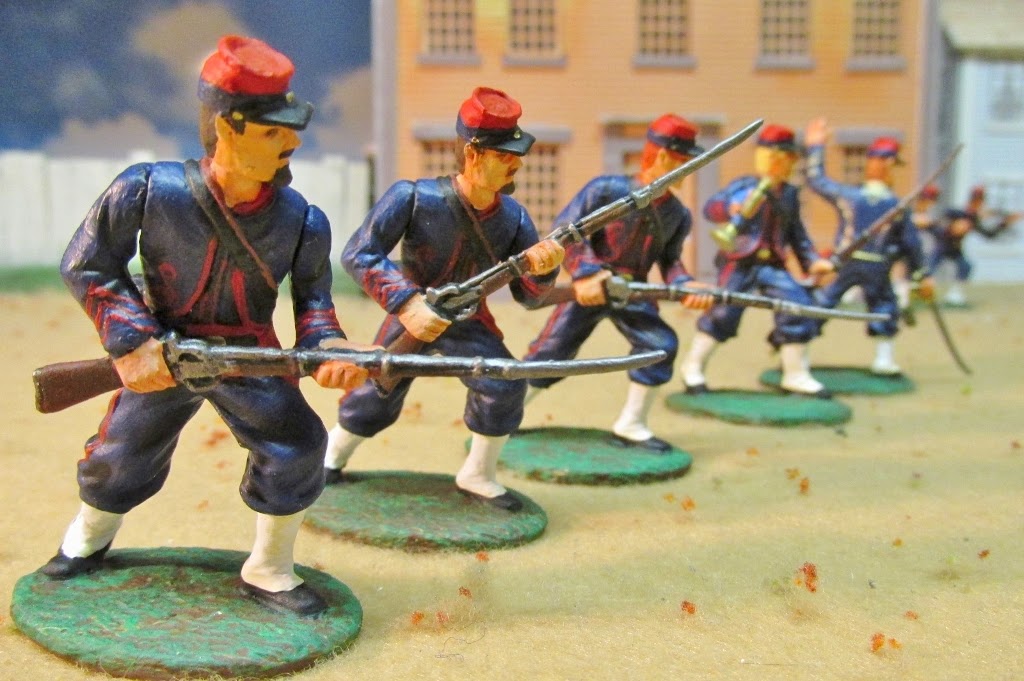 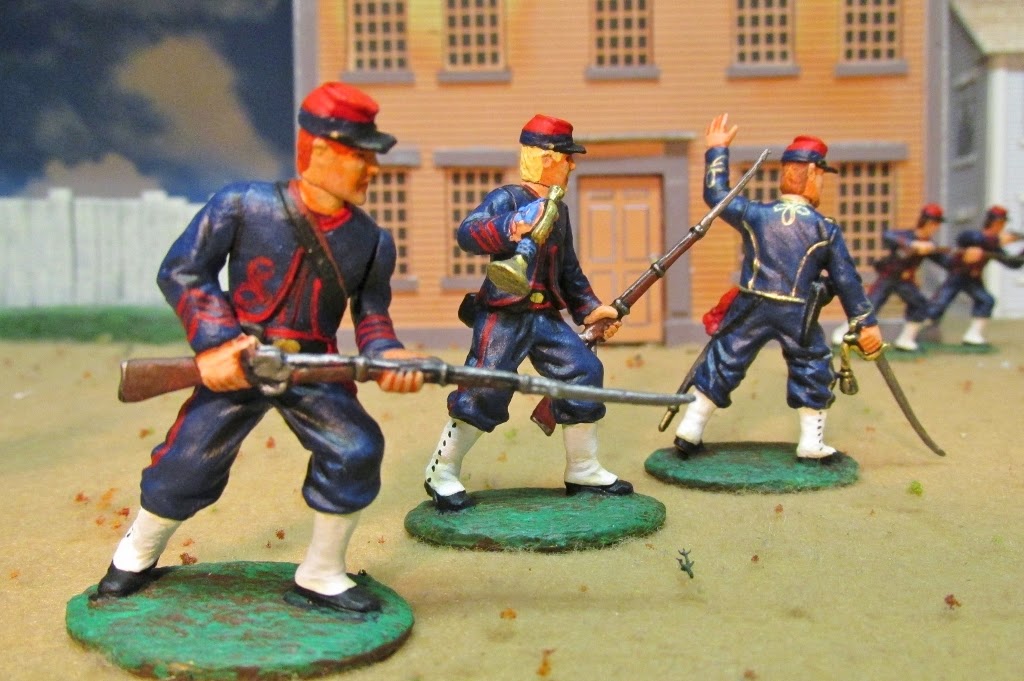 A random inspiration from my daughter Rachel has these soldiers dealing with the "supernatural" forces in old New England. She has been watching the TV series Salem and reporting on the anachronisms. 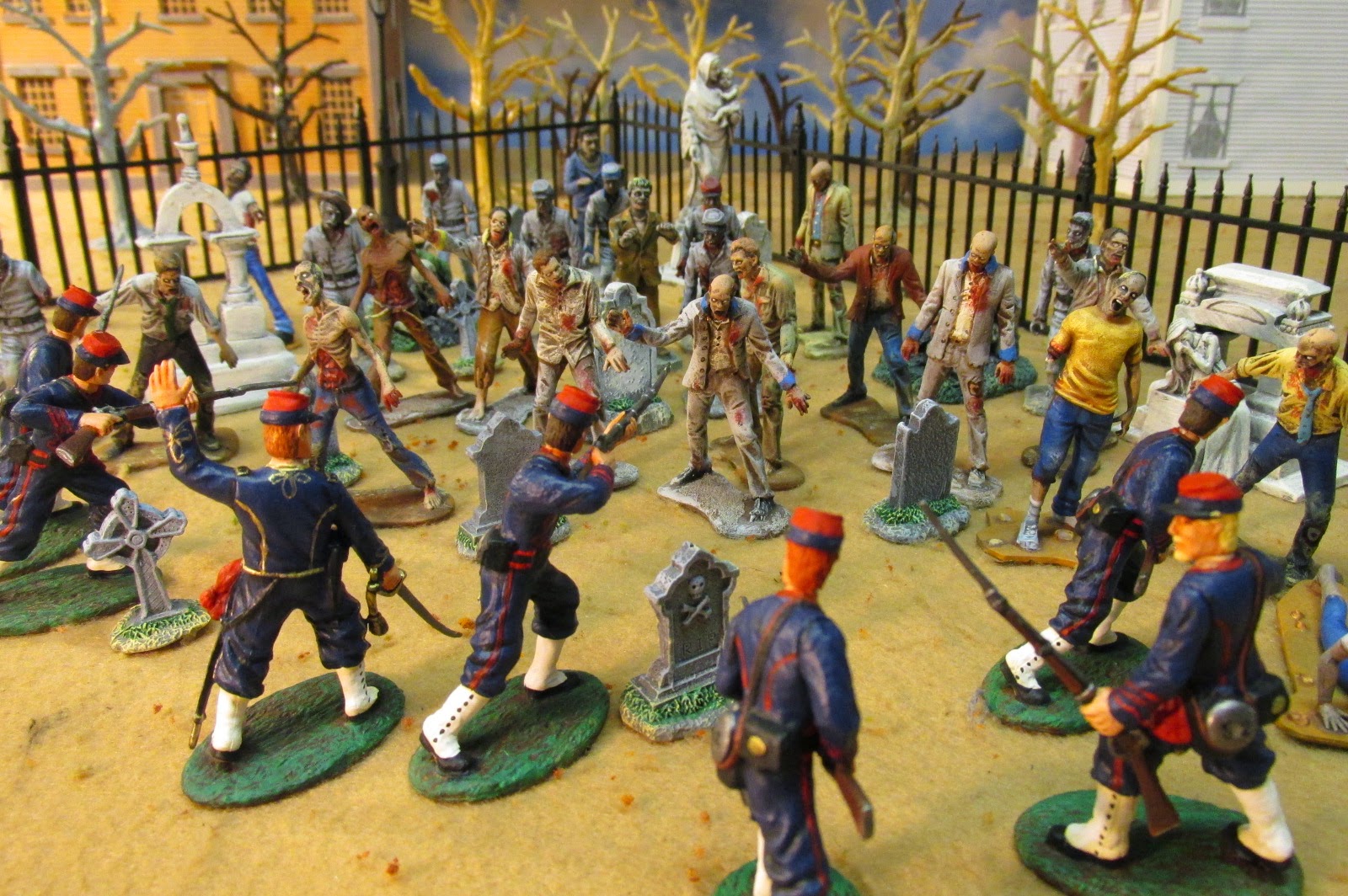 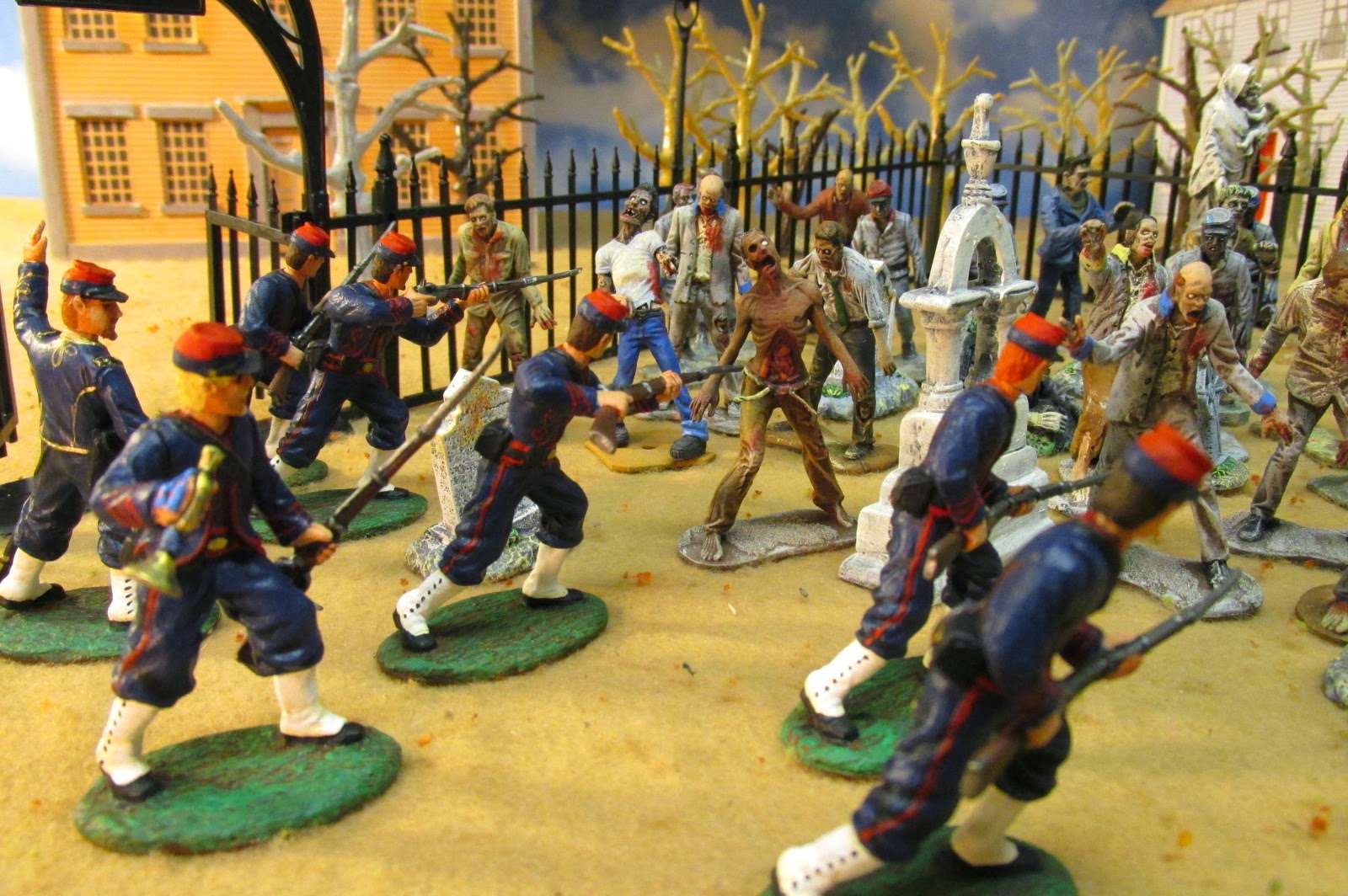 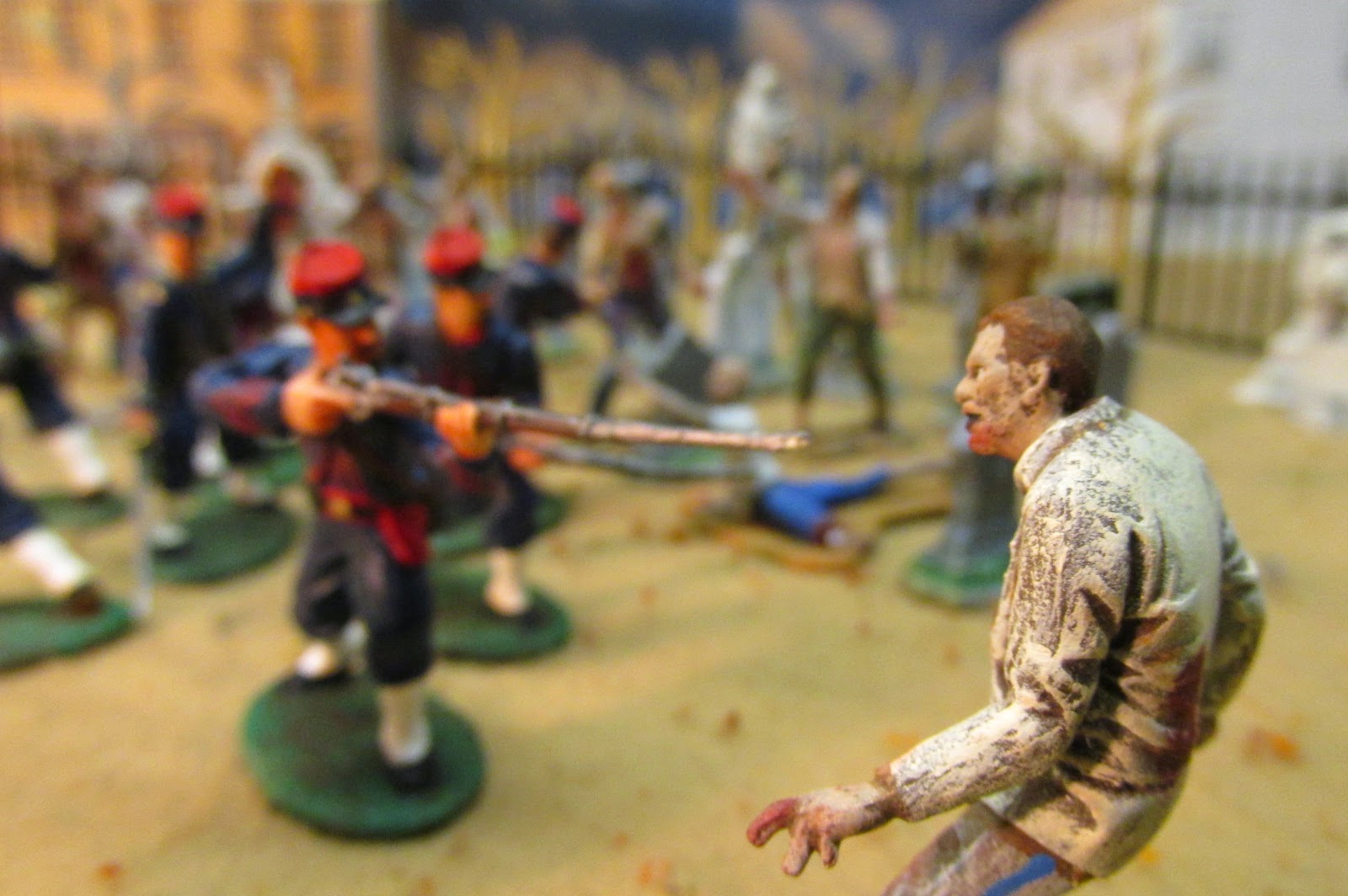 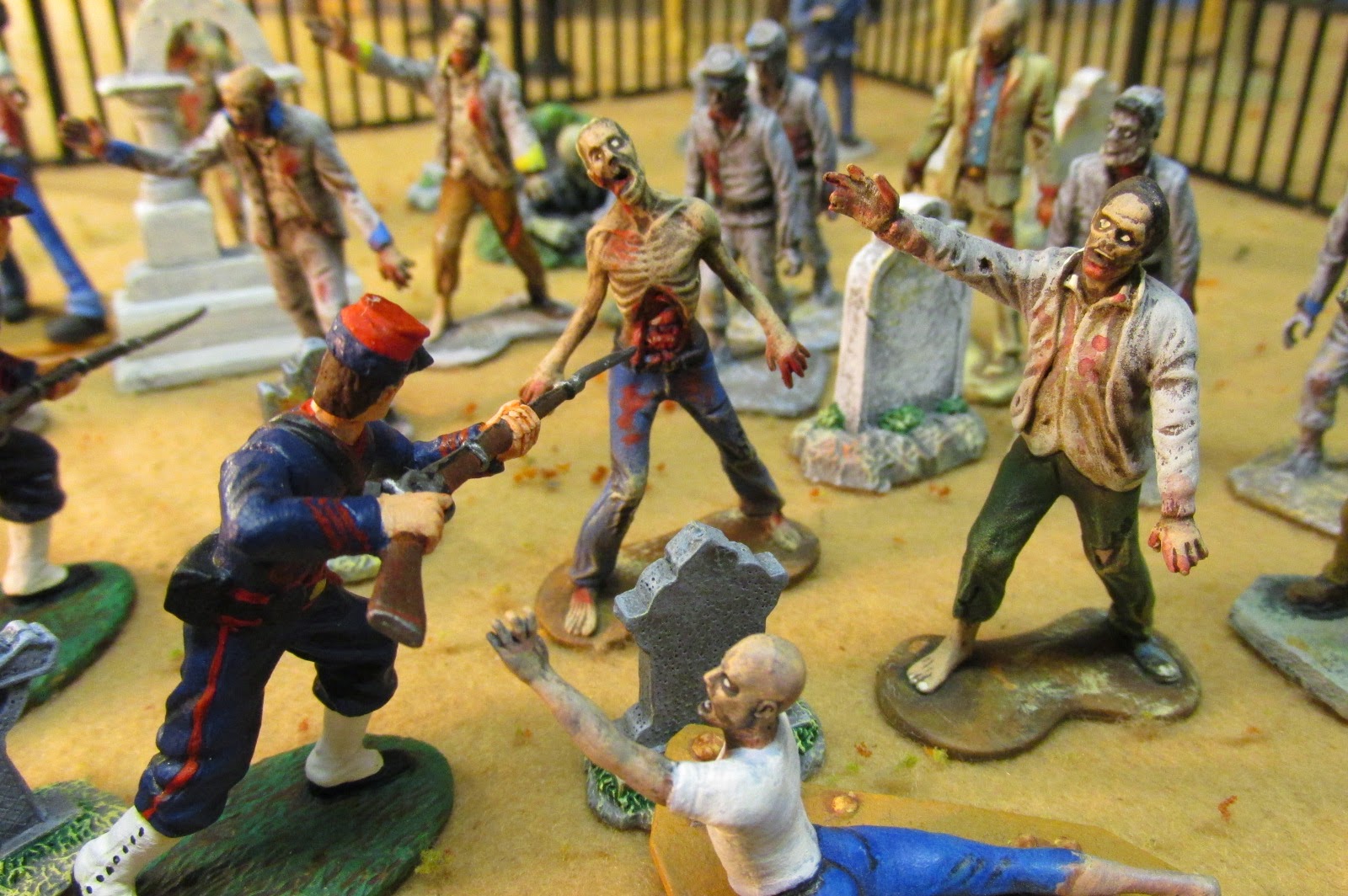