X-Forces's Civil War figures are a petite 54mm and the pants are too tight for the 1860s. I took the extra hat heads supplied with the infantry set and replaced the kepi heads on the gunners. The neatness and trimness of the molded uniforms suggested that I just paint this crew as "uniform" and well dressed. I did a conversion on the useless bucket guy and gave him the ramrod making him a # 1 gunner. The other # 1 became a # 4 with the primer lanyard. The tiny cannon supplied with the set was replaced with an IMEX cannon which is closer in scale. 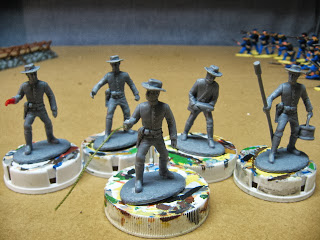 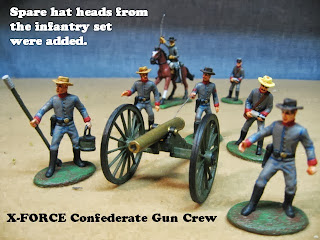 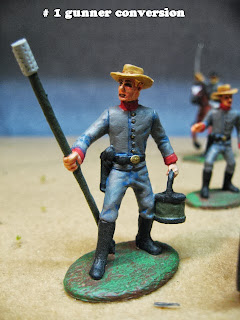 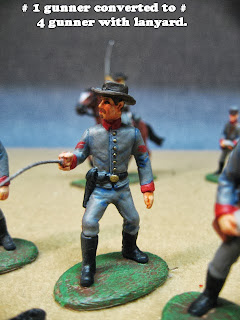 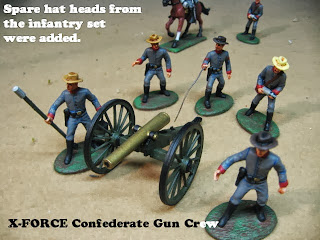 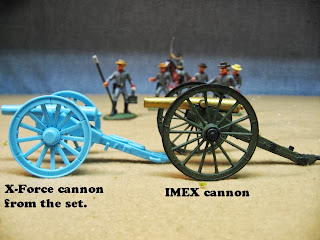 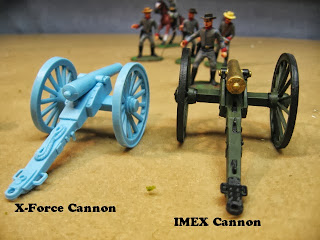 A mounted officer comes with the Artillery set. Cut off the US officer shoulder straps and you have a nice Confederate officer. 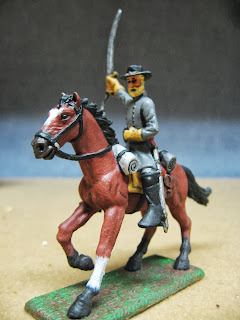 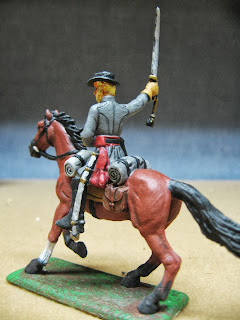 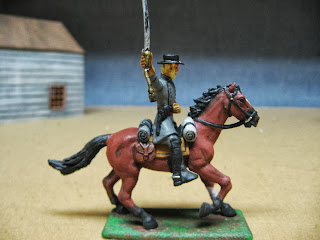 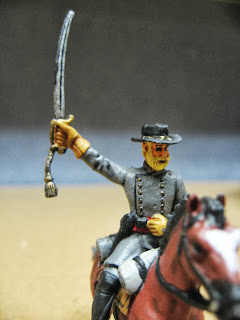