For the purists, the dancer should be a paper cutout on one leg. This dancer is an Italian made figure.

I made the soldier a bit more Danish looking. 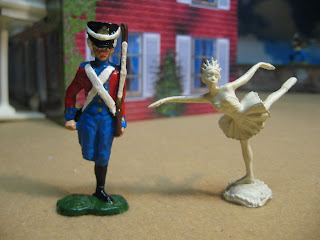 This is an old Herald ballerina. 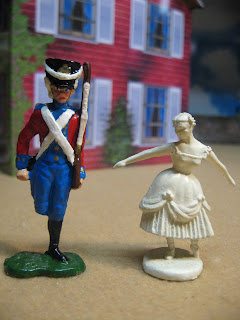 Another Italian made dancer. 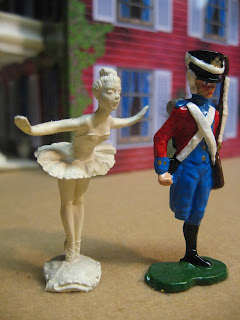 There are a number of animated versions of Hans Christian Anderson's story, some have happy endings tacked on. The Ub Iwerks version The Brave Tin Soldier (1934) has the ballerina and soldier going to Toy Heaven and the soldier getting his leg back. The lobby card for this film was made from one animation cell. 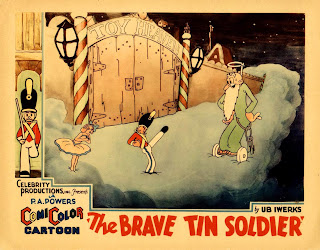 Perhaps it had to be pointed out that it's the soldier's new leg that "Saint Peter" and the ballerina are admiring.