It's only pre-World War One Humor that mirrored the French and German theme of what if emancipated women joined the military. For you war gamers, these pictures might be an inspiration for fantasy troops to fight Hinterland's beautiful female hussar series. 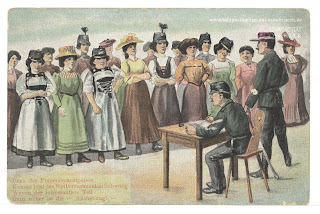 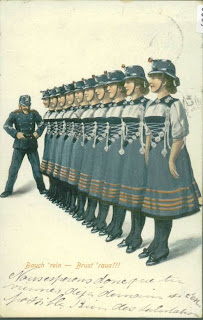 The proposed female recruits would do the wife and mom work... 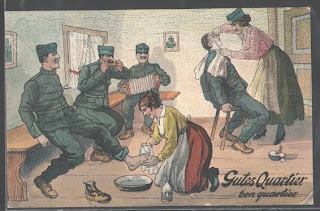 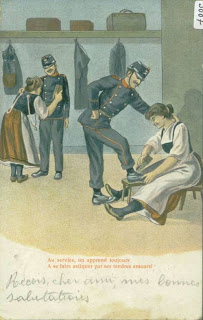 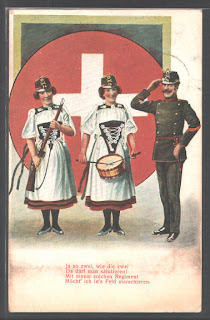 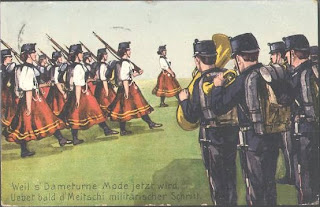 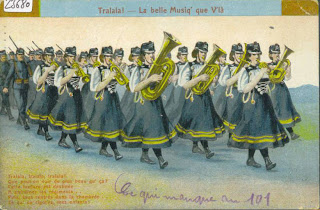 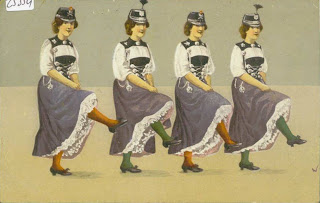 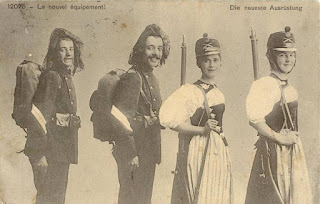