I really like Toy Soldiers Of San Diego's figures. That said I have to add that their dismounted U.S. Cavalry sets try to be Civil War/ Indian Wars and don't quite meet either because of lack of carbine slings and a few other details. One being shirts with buttons all the way down the front when pull over shirts were the style. Another is men wearing haversacks that would have be left on the saddle.
I have picked up more loose TSSD figures and just went ahead and painted them to add to the figures I already have. They are "Hollywood Confederates", that is Rebs from 1940-50s movies and TV that were too well dressed and too uniform. Besides, there might have been a CS cavalry unit sometime in the war that had good uniforms but not enough issue gear like carbine slings or sabers. 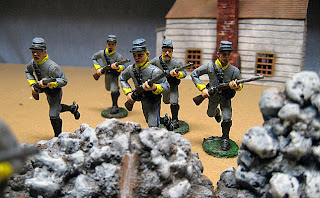 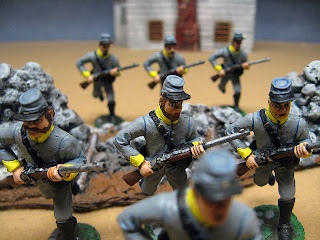 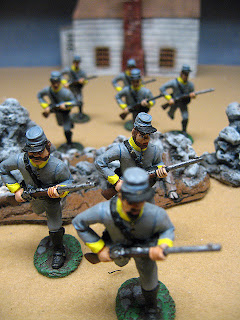 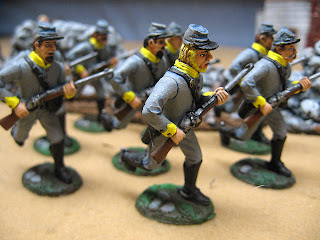 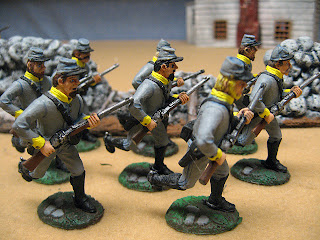 One figure in the wounded and dead TSSD set is the "last stand" officer.

I put some more work in this one. Rather than "Hollywood" he's from a small independent film. (humor) 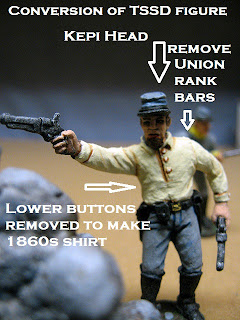 (In the back is the TSSD's Confederate officer from an early set. A VERY useful figure as an Infantry, Cavalry, or Artillery officer, Union or Confederate.) 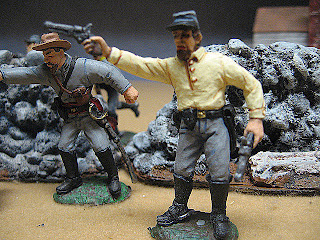